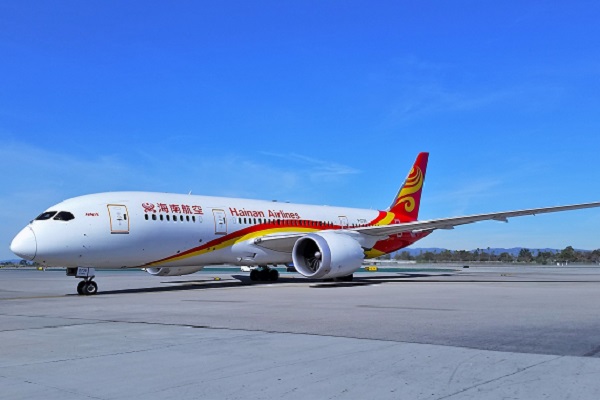 Hainan Airlines is to run daily flights between Manchester and Beijing for the peak summer period.

The Chinese carrier will raise frequency between the two cities to a daily service from July until the end of September.

The airline previously announced plans to increase capacity to five flights a week from June.

General manager, Loic Gao, said: “In line with our ambitious expansion into the UK market the decision to increase our capacity to a daily flight from Manchester to Beijing shows our commitment to our UK operation.

“It enables us to be even more competitive as well as offering enhanced services on board our new Dreamliners. We are extremely pleased with the route performance so far and by adding the extra flights for the summer season, we are certain that the news will be welcomed by both our business and leisure passengers.”

Manchester airport commercial director Stephen Turner added: “We’re delighted that due to the huge success of the route that Hainan Airlines will be offering daily flights to Beijing for the summer.

“It’s a route that we long championed for and we are pleased at how well the business and leisure communities have responded to the direct flight. We continue to see people from across our wider catchment area making use of the flight instead of travelling to London or other hubs.”