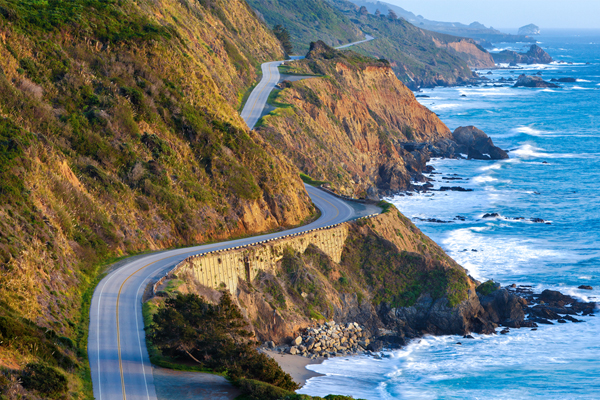 A section the famous California Pacific Coast Highway 1 has been buried beneath a landslide.

It is estimated that more than a million tonnes of rock and dirt tumbled into the ocean on Saturday, in an area called Mud Creek.

The landslide spans about a third of a mile and has heaped up to 40ft of debris on the road.

No injuries or property damage were reported.

The California Department of Transportation is working to remove the mountain of rubble from the route, which covers Big Sur, a major tourist attraction famed for its mountainous coastline and ocean scenery.

Authorities have no estimate on when Highway 1 will re-open.

The landslide adds to a record $1 billion in highway damage from one of California’s wettest winters in decades, the Associated Press reported.

California Department of Transportation spokeswoman Susana Cruz described the incident as the largest mudslide in the state’s history.