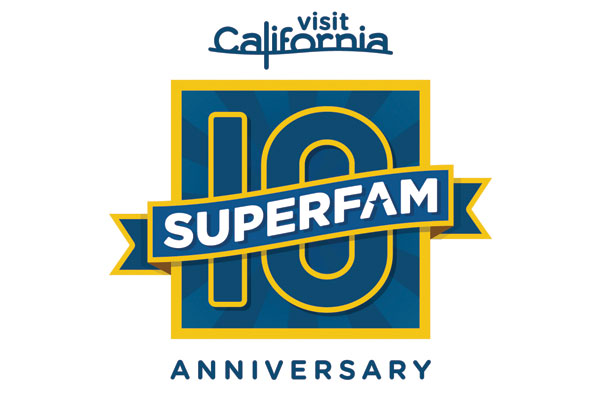 Visit California is celebrating the 10th anniversary of its Superfam by taking 100 UK agents to the Golden State in a trip nearly double the size of last year’s.

Top-selling agents who register their bookings to California with British Airways or American Airways flights by August 18 will gain entries into the draw.

Winning agents will depart on October 6 on one of 10 itineraries – up from last year’s five – to destinations including Los Angeles, San Diego, Oakland, King’s Canyon and Palm Springs.

Agents on the five-night California Dreamin’ itineraries will all then meet for the finale in a destination which is yet to be revealed where they will share pictures and stories from their trips and posts on social media under the hashtag #CASuperFam17.

Mark Meredith, travel trade director for the UK and Ireland, said: “We coined the Superfam phrase 10 years ago and to celebrate the milestone we are making it the biggest and best Superfam yet.”

Meredith thanked BA for its support over the years and said the airline has the largest direct airlift into California from the UK with services to Los Angeles, San Diego, San Francisco, San Jose and Oakland, which launched in March.

He was tight-lipped on some of the “surprises” winning agents could expect, but suggested there might be some “famous faces”.

Meredith said California had seen an upturn in UK visitor numbers despite Donald Trump’s presidency leading some critics to warn of an impact on tourism to the country. “The feedback we’ve had from the trade in the UK is that California is holding up,” he said.