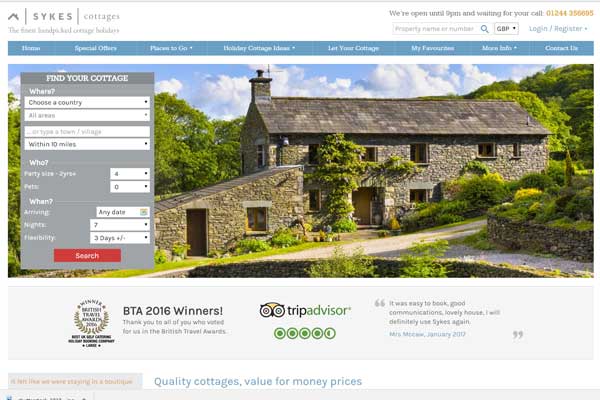 Sykes Cottages has backed suggestions of a boom in staycation bookings this summer amid political uncertainty and the weakness of sterling.

“Despite recent political uncertainty, Britons seem certain of their desire to holiday in the UK. In the last week, we’ve seen bookings increase by 23% year-on-year,” Harrison said.

“We saw this too shortly after the EU referendum result last June. Far from the Brexit fallout causing a cautious approach to holiday planning, we’ve seen a boom in bookings of 21% year-on-year.”

He added that bookings from overseas customers have increased by 32% year-on-year,

He attributed this in part to the exchange rate but also because the UK is becoming a more popular destination for overseas tourists.

“While many Britons are still seeking warmer climes, more travellers, especially in the last year, are opting to experience all the UK has to offer, as the weak pound is making foreign holidays unaffordable,” Harrison said.

“In terms of holiday rental investments, we’ve seen a 63% year-on-year increase in people considering buying a holiday let in Britain – both to capitalise on the staycation trend and because the falling pound has left homes on the continent more expensive.”