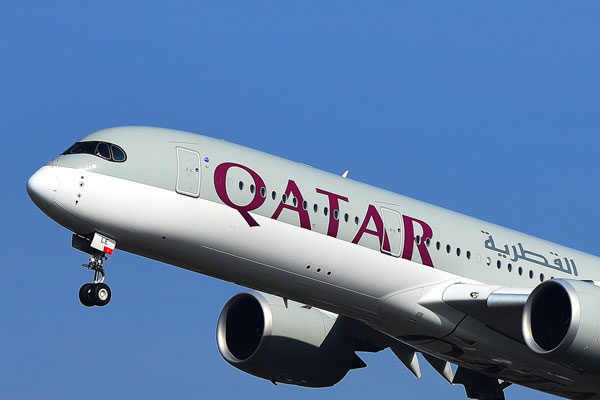 Qatar Airways is bidding to buy a slice of American Airlines.

But the Gulf carrier, which holds a 20% stake in British Airways owner International Airlines Group, was accused of “financial aggression” after plans were revealed to buy up to 10% of the US carrier, which has accused it of receiving billions of dollars in improper state subsidies.

Akbar Al Baker, chief executive of the Qatari state-owned flag carrier, telephoned Doug Parker, his counterpart at American on Tuesday to outline his intention to buy 10% on the open market, the US airline said. Such a stake would be worth about $2.5 billion.

US carriers, including American, Delta and United have called on president Donald Trump to restrict inbound and outbound flights by Gulf carriers.

They allege that Qatar Airways, Emirates and Etihad have been unfairly subsidised by their governments to the tune of more than $50 billion, in breach of an open skies agreement with the US.

Parker said in April last year that the alleged state subsidies were “the biggest threat I’ve ever seen to commercial aviation in the United States…I’m sure that sounds like hyperbole, but it’s not.”

Gulf countries were subsidising their airlines to a point where they don’t need to be profitable, he claimed.

Dennis Tajer, a spokesman for the Allied Pilots’ Association, which represents US pilots, told The Times: “While this move may be legal, it is not only odd but certainly inappropriate.

“We take this as financial aggression. It runs completely against the fibre of American Airlines and must be looked at as more than just a simple investment.”

Qatar Airways confirmed that it “sees a strong investment opportunity” in American Airlines.

“Qatar Airways believes in American Airlines’ fundamentals and intends to build a passive position in the company with no involvement in management, operations or governance.

“Qatar Airways has long considered American Airlines to be a good Oneworld alliance partner and looks forward to continuing this relationship.

But the US carrier said the proposed investment “was not solicited by American Airlines and would in no way change the company’s board composition, governance, management or strategic direction”.

The proposed purchase would “not alter American Airlines’ conviction on the need to enforce the open skies agreements with the UAE and the nation of Qatar and ensure fair competition with Gulf carriers, including Qatar Airways”.

US laws on foreign ownership of domestic companies allows overseas investors to hold up to 49% of shares and 25% of voting rights.

US Travel Association executive vice president for public affairs Jonathan Grella said Gulf carriers are cutting US flights because of contracting demand – undercutting claims by the big three three US carriers that they can afford to flood the aviation marketplace with capacity regardless of market forces.

Responding to Qatar Airways bid for a stake in American Airlines, he said: “The open skies saga has jumped the shark. Bluff called – time for airlines to finally file their open skies complaint through proper channels [the US Department of Transportation, under the International Air Transportation Fair Competitive Practices Act], get past the griping and get back to growing travel and the US jobs that come with it.

“The open skies debate is functionally over, and the only ones who don’t realise it are the big three.

“We urge them again to either file the proper complaint with DOT or drop their multimillion-dollar lobbying effort altogether – but either way, let’s all return to the business of growth as soon as possible.”