There’s so much more to Nevada than the bright lights of Las Vegas, finds Nikki Bayley.

It’s far too easy to think about Nevada and not get further than Vegas, but that means you’re missing out on a raft of exciting cultural and adventure travel opportunities spread out across the Silver State.

From kayaking in downtown Reno and scaling the world’s highest outdoor climbing wall, to exploring ancient Native American cultures and discovering the jaw-clanging beauty of its desert and national parks, there’s far more to Nevada than casinos and showgirls. 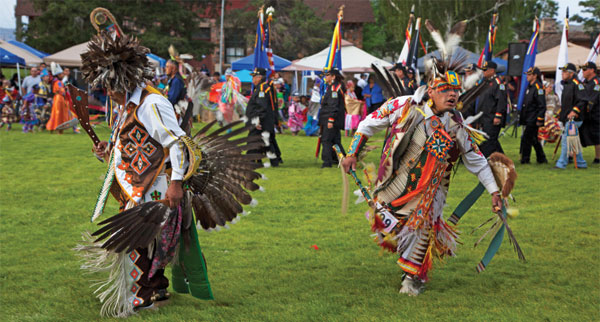 Nevada is home to four major American Indian tribes: Washoe, Northern Paiute, Southern Paiute and Western Shoshone, and you can find unique experiences to discover these nations all across the state. Add a cultural component to a Nevada stay to learn more about these living cultures, as well as exploring their fascinating histories and monuments.

Ninety minutes east of Reno, driving through gently sloping mountains along arrow-straight roads with vast flatlands of grazing cattle along each side, you’ll find Hidden Cave, an important site to the Fallon Paiute-Shoshone Tribe.

Inside the Hidden Cave – which lives up to its name, tucked away on a high rocky incline in the vast nothingness of Nevada’s Great Basin – there is an archaeological dig which discovered artefacts dating back some 2,000 years. On the second and fourth Saturdays of the month, there are free guided tours which also include a trip to the Churchill County Museum in Fallon.

In Carson City, near the Californian border, the Stewart Indian School is being developed as a cultural tourism site by the Nevada Indian Commission, and is well worth a visit. What began as a fairly brutal cultural assimilation project in the late 1800s – rounding up children from reserves and forcing them to abandon their culture, language and traditions in favour of a boarding school-style education – turned into a well‑respected school by the mid-1900s.

It’s now on the National Register of Historic Places, and visitors can walk the grounds and listen to the stories of former students and staff on an audio tour. Plan ahead, and contact the school to book other activities including a guided tour or traditional dance display. 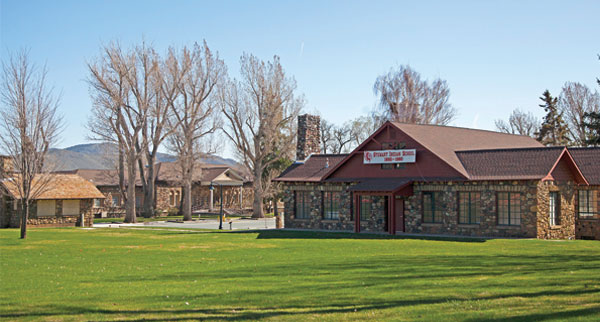 Ben Rupert, a member of the Washoe Tribe of Nevada and California, leads multi-day cultural tourism expeditions connected to local Pow Wow gatherings. I joined him for a few hours’ fishing on the tranquil shores of Pyramid Lake on the Paiute Reservation.

Pyramid Lake is vast, surrounded by sloping bluffs and ringed with soft white sand, perfect to relax and listen to the whistling sound of the fly-fishing line and crank of the reel, while watching the sun cast shifting shadows in the curve of the hills.

Near Pyramid Lake you can see the oldest petroglyphs in North America, dating back to between 14,800 and 10,500 years ago. It’s also home to the excellent Pyramid Lake Paiute Tribe Museum & Visitors Centre, offering an in-depth look at the culture and history of this area. 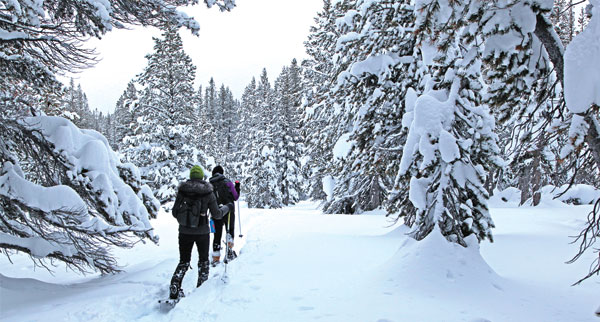 Less than an hour’s drive north-east of Las Vegas lies the Valley of Fire State Park; prepare to be stunned by the dazzling colour change of landscape when you enter the park as the rocks fade from sandy stone to a vivid coppery orange. If this all looks familiar it’s because it’s been the setting for dozens of film shoots — including the scene of Captain James T Kirk’s death in Star Trek: Enterprise.

This is Nevada’s oldest and largest state park with most of the terrain accessible only by hiking. Here you’ll find petroglyphs carved into the rocks by American Indian tribes from 3,000 to 5,000 years ago.

Thanks to temperatures reaching almost 50C in the height of summer, the park is most popular from September to May. In spring it is ablaze with blooming cactus with yellow, purple and red flowers, and year-round you may spot its wildlife, which includes bighorn sheep, coyotes, bobcats and golden eagles soaring overhead. There are two campsites here and plenty of chances to explore this pristine protected wilderness, which is heaven on earth for photographers. 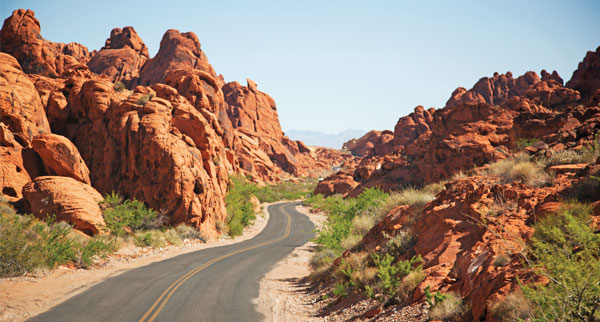 At the northwest corner of the state, south of Reno and Carson City, Lake Tahoe offers year-round adventure, from mountain biking and hiking to skiing, tubing and dog-sledding.

Thanks to its long season from November until April, this is one of the most popular American ski destinations for UK winter sports fans, with 14 resorts around Lake Tahoe offering plenty for ski bunnies of all levels. In the summer months, the lake provides blissful sunny days on its sandy shores, ringed by vanilla-scented Jeffrey pines and towering California incense cedars.

South Lake Tahoe is also home to excellent mountain biking trails with newbie runs such as the 6.5-mile Power Line Trail through the forest to the Flume Trail, long-considered one of the area’s prime assets thanks to spellbinding views over the lake from a 2,000ft-high vantage point. 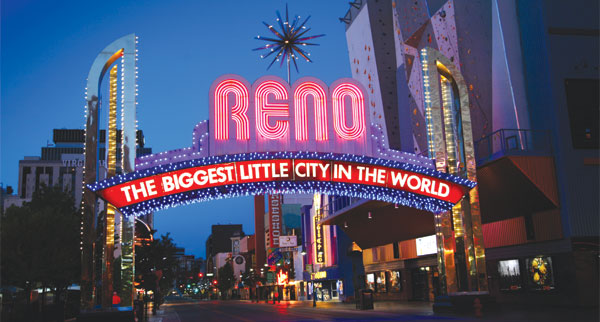 Reno may have the reputation of being something of a ‘second city’, but it’s one that’s definitely worth a second look. Known as the ‘Biggest Little City in the World’, it’s situated at the base of the towering Sierra Nevada Mountain Range at the western edge of the Great Basin.

Close to the delights of Lake Tahoe, from summer beach and lake fun to winter and spring skiing, Reno lies eight hours’ drive from Vegas, a trip that takes you through some of the most stunning desert landscape you’re likely to see. Obviously, as it’s Nevada, that means there will be casinos, but just as Vegas has moved beyond being all about gambling, so too Reno has a wealth of attractions and adventures in store.

For 20 years, Reno has celebrated Artown in July, one of the largest arts and culture festivals in the US with more than 500 events from music, theatre, visual arts and dance to art walks, workshops and more. The majority of events are free to the public and open for all ages.

Explore the state’s art scene along with international and national touring exhibits at the Nevada Museum of Art, or check out American and European contemporary works at the Stremmel Gallery. 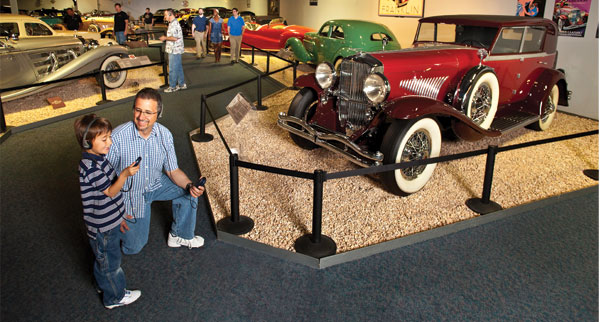 Go from hot art to fast cars at the National Automobile Museum. This fascinating collection features more than 200 classic, racing and special‑interest cars, among them Elvis Presley’s 1973 Cadillac and the winning car from the legendary 1908 New York to Paris Automobile race.

Culture not your thing? Reno is also a hub for adventure sports, and has the world’s tallest outdoor climbing wall – a neck-craning 164 ft at the Whitney Peak Hotel next to the historic Reno arch. Known as BaseCamp, here you can take part in beginners’ lessons and learn rock-climbing skills on the smaller indoor walls for newbies.

Alternatively, take to the water at the Truckee River Whitewater Park at Wingfield, where you can kayak and enjoy whitewater thrills year-round. The park has 11 drop-pools, covering a total of half a mile.

America As You Like It offers a 10-night Nevada fly-drive package from £1,319, including flights from Heathrow to Las Vegas, returning from Reno via Dallas Fort Worth with British Airways, fully inclusive car hire and 10 nights’ accommodation. Price excludes $150 car one-way drop-off fee.
americaas youlikeit.com

Hayes & Jarvis offers a seven-night road trip from £1,059, including two nights at The Signature at MGM Grand in Las Vegas, three in Reno at the four-star Peppermill Resort Spa & Casino, and two nights at the four-star Harvey’s Lake Tahoe, all room-only. The price includes car hire and BA flights from Heathrow, based on an October 30 departure.
hayesandjarvis.co.uk