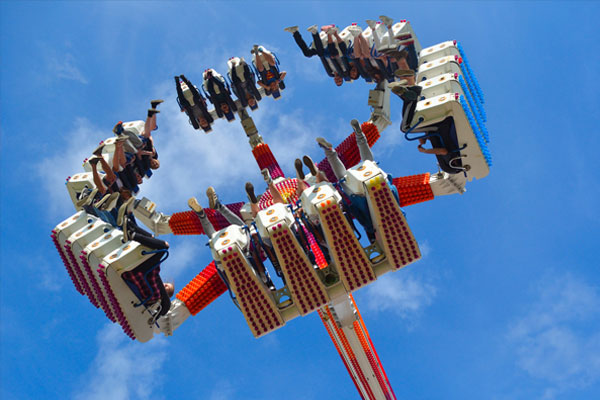 The death of an 18-year-old man on a rollercoaster in Ohio has prompted the closure of six similar rides at sites across the UK.

One man was killed and three others were critically injured on the pendulum-style  KMG Afterburner at the Ohio State Fair after they were flung from the ride last Wednesday.

The Health and Safety Executive (HSE) has ordered the temporary closure of five UK rides as a result, with Lightwater Valley in North Yorkshire voluntarily closing its pendulum ride until the HSE has deemed the KMG Afterburner safe.

Three of the high-speed rides being closed are in UK theme parks – Pleasurewood Hills in Suffolk, Coney Beach in South Wales and Brean Theme Park in Somerset.

One is owned by Ryan Crow Amusements in the North East of England and another by Joseph Manning in Hertfordshire.

Following the accident in Ohio, Thorpe Park in Surrey closed one of its pendulum rides, Vortex, as a precaution, but it has since reopened.

An HSE spokeswoman said all five rides in the UK had been “thoroughly inspected within the last 12 months”, but there was no “verified information” on the cause of the fatal accident in the US.

The organisation had therefore taken the precaution of serving an enforcement notice on the machines, taking them out of use.