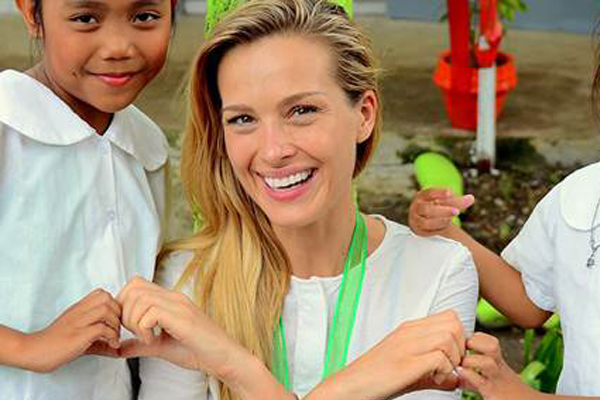 The Victoria’s Secret model and philanthropist will be the representative of the U by Uniworld brand.

President and chief executive of Uniworld, Ellen Bettridge said: “We’re making history with this concept, so rather than follow the traditional ‘Godmother’ path for each individual ship, we’re paving our own way forward.

“Petra is an amazing representative of our new brand; she’s smart, ambitious and has a kind, adventurous spirit.

“As a former Victoria’s Secret model, Petra is, of course, well-versed as an ‘Angel.’”

Nemcova will join agent competition winners on a ‘sneak peek’ U sailing in October.

To win a place on U’s four day Paris to Paris itinerary from October 7 to 11, agents aged between 21 and 45 must simply create and post a 30 second video to the U by Uniworld Facebook page.

They must share how they are going to sell U and tagging #ImGonnaSellU to their post before August 15.

The agent winners will be announced on August 23.

Nemcova set up children’s charity, the Happy Hearts Foundation, to help rebuild schools in areas impacted by natural disasters after being badly injured during the 2004 Indian Ocean tsunami.

U by Uniworld will now support this charity.