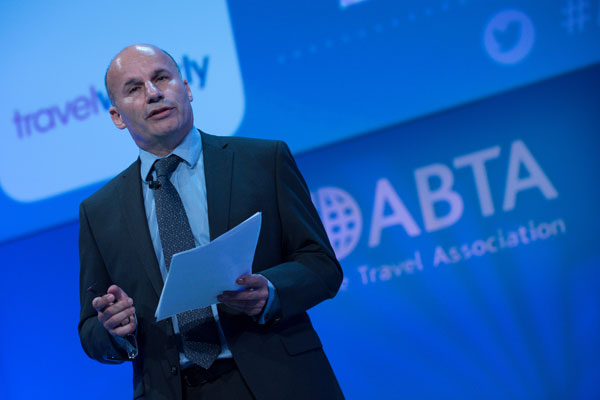 Abta is demanding the government commit to a levy on all flights to pay for repatriating customers of failed airlines following the collapse of Monarch.

Chief executive Mark Tanzer hit out at the CAA and the government in his address to The Travel Convention in the Azores on Tuesday, describing the lack of consultation as “completely unsatisfactory” and demanded a review of the system of financial protection.

Tanzer said: “The CAA needs to be more transparent about Atol. The regulations stipulate that if you sell Atol-protected product you have to state there is Atol-protection. But Atol does not apply to a company, it applies to an arrangement. That really has an impact when you have 110,000 stranded overseas.

“Second, there is no protection for customers who buy a simple flight, but the government decided to repatriate all [Monarch customers] at no expense [to them] and then seek to recover the costs.

“We were not consulted about that or about the level of cost. It is completely unsatisfactory. The taxpayer will pick up the bill and it sets a precedent for the next time this happens. What is the point of Atol?

“The government needs either to stick to the principle of Atol or to bring back everyone, paid for by a levy [on all flights].”

He said: “Abta has long argued for an all-flights levy and been rebutted by successive governments. There must now be a review.”

The cost of the Monarch repatriation alone has been put at £60 million, before any refunds for the 300,000 forward bookings.

Tanzer said: “Monarch shows consumer protection is not well understood and there is a gaping hole at its centre. The Atol scheme is a central plank, but clarity around that has been muddied by the myriad ways packages can be assembled.

“The new Package Travel Directive (PTD) will bring into scope agent sales as well as introduce new Linked Travel Arrangements, which are not fully understood, and of course consumers will continue buying by themselves.”

However, Tanzer said: “I’m heartened by yesterday’s comments by the secretary of state.”

Transport secretary Chris Grayling told MPs on Tuesday: “Right now our efforts are focused on getting passengers home. But then our efforts will turn to working through the reforms necessary to ensure passengers do not find themselves in this position again.

“We need to look at all the options, not just ATOL but also whether it’s possible for airlines to be able to wind down in an orderly manner and look after their customers themselves without the need for government to step in. This is where we will focus our efforts in the months ahead.”

Tanzer told Travel Weekly: “The government has a £60 million bill to settle. They won’t want to repeat that. We need an all-flights levy.

“I sense the urgency in the government seeking to recoup the costs of the repatriation and in the statement by the secretary of state.”