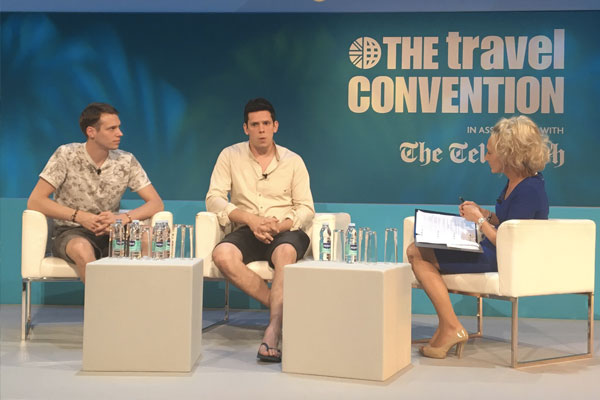 Two brothers with a shared passion for travel stimulated by their parents told how they created an ethical business selling flip flops after their mother and father were killed in the Boxing Day 2004 tsunami in Sri Lanka.

Rob and Paul Forkan established the Gandys brand to help raise funds to build an orphanage in the country which opened on the tenth anniversary of a devastating earthquake which triggered multiple tsunamis across 15 countries in Asia killing 250,000 people.

The duo appeared on the final day of the Abta Travel Convention in the Azores to explain how they overcame the adversity of losing their parents to create a successful business selling on the high street with an expanding chain of shops in London.

They explained how they clambered onto a roof after being almost submerged in waist-height water and how their parents sacrificed their lives saving their younger brother and sister.

Rob Forkan said: “After everything we experienced we sat wondering what to do. We knew the ten year anniversary was approaching so we set up Gandys to raise money to build a children’s home in memory of our parents.”

Ten per cent of profits from the sale of flip flops and an expanding range of travel clothing has contributed towards building the first home in Sri Lanka and a second in Malawi as part of an ambition to establish one in every continent of the world.

Having started with a £300 website and a pop-up shop in Cornwall, the brothers have gone on to create a fund raising foundation, write a book about their experiences and meet Prince Harry at Buckingham Palace.