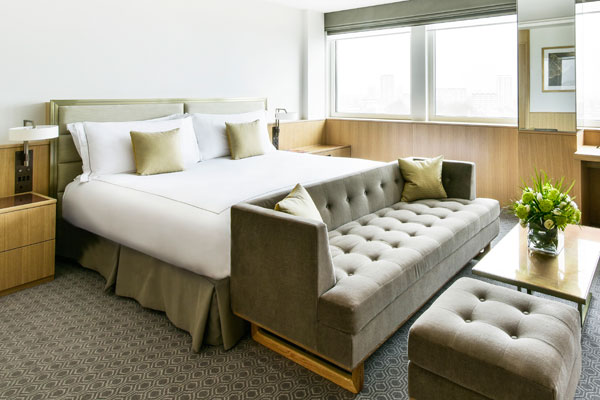 A new-look Royal Lancaster London will be revealed on Wednesday following an £80 million renovation.

The revamp of the 18-storey hotel overlooking Hyde Park includes the refurbishment of all 411 bedrooms and suites.

The first stage of the transformation started in 2015 with the redesign of Nipa Thai, the hotel’s award-winning restaurant.

The grand opening is taking place as the majority of the hotel is completely renovated.

Work to Royal Lancaster London will be finalised in May following a re-design of The Lounge Bar and The Park Room on the first floor.

General manager, Sally Beck, said: “The hotel has had a rich and celebrated past, having opened as one of the most chic hotels in London in 1967.

“Fifty years later, Royal Lancaster London will re-open in 2017 to once again be one of the most stylish hotels in the capital.

“Our Thai owner, Khun Jatuporn Sihanatkathakul, has been directly involved in the new design which exudes mid-century glamour and understated elegance synonymous with London. We are looking forward to the next 50 years.”

The property houses one of the largest banqueting venues in Europe with a capacity of 3,000 guests across 16 refurbished meetings and events spaces. These include the Nine Kings and Westbourne Suites holding 2,400 guests collectively for a seated dinner.