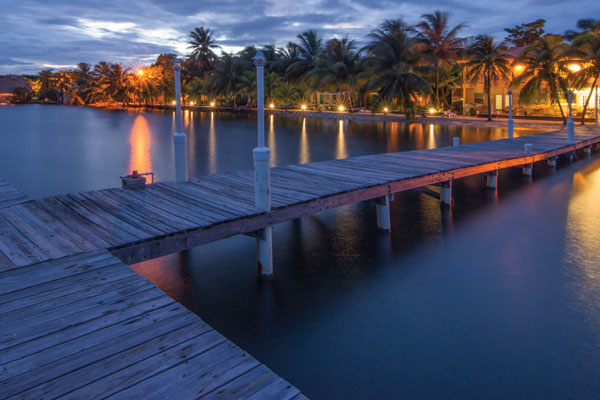 Previously British Honduras, it became a British colony in 1862, and was the last Central American nation to gain independence, in 1981. Its varied history is reflected in its people – Mestizo (Spanish Indian), Creole (African European), Mayan, Garifuna (black Caribbean), East Indian, Chinese and European – and in a cuisine, culture and language that includes English, Spanish and the lilting Caribbean-English of kriol.

Neatly wedged between Mexico, Guatemala and the Caribbean Sea, don’t let its size fool you – there’s plenty here for a standalone holiday. Its Mayan experience is at the heart of it all, predominantly in the western Cayo District, home to the unassuming capital Belmopan, aka the ‘Garden City’ thanks to surrounding waterfalls, caves and rivers that are ideal for hiking, birdwatching and soft adventure.

“Belize is crammed with ancient sites, jungle adventures and the world’s second-longest reef.” 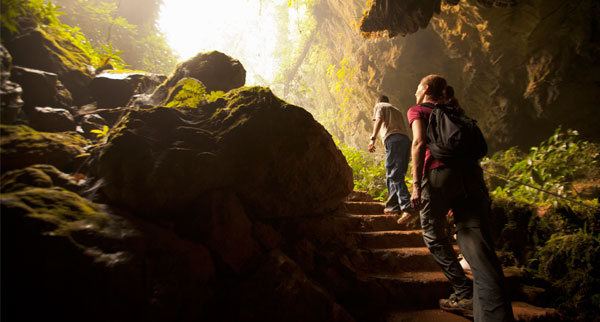 The tourist hub, though, is San Ignacio, a small town of lively local bars and restaurants, and a good base for Caracol, Belize’s most impressive Mayan city; Cahal Pech, the oldest known site in the Belize River Valley; and the temples of Xunantunich, where a new tomb was discovered in 2016. Hanna Stables offer horse-riding tours here, including a quirky ferry crossing with horses in tow.

Cayo District is home to the Actun Loch Tunich cave, where a hike and abseil take you 300 feet down into Central America’s largest cave system. It’s also relatively easy to visit the magnificent Mayan complex of Tikal in Guatemala, a two-hour drive across the border.

In southern Belize, connected by the scenic Hummingbird Highway, Placencia is becoming popular with its 16-mile-long beach and increasing number of hotels. There’s a quieter experience to be had in the local Garifuna communities of Dangriga and Hopkins fishing village, where you’ll find mountain, beach and reef.

There’s also much to recommend in the far south, in the oft-forgotten Toledo district. Punta Gorda (or PG) is a great base for exploring rural Belize and Mayan culture, and the town itself is small, inviting and pretty, right by the sea, with lots of locally run restaurants and shops.

Suggest Eladio’s Pop Farm where farmer Eladio shows guests around his pioneering organic farm before serving up a feast, or the Living Mayan Experience, where the Cal family have recreated a traditional Mayan home, and the Chiacs family show off the intricacies of Mayan craftwork.

“Don’t let Belize’s size fool you – there’s plenty here for a standalone holiday, with Mayan experiences at the heart of it all.”

For years though, Belize has been known for its cayes, the tiny islands in the Caribbean Sea, a 10-minute flight or 20-minute boat ride from Belize City. Last year’s Hurricane Earl battered parts of the Belize coast, but it’s back to business as usual. Here it’s all about sunsets, diving and snorkelling. Companies such as Island Dream Tours offer snorkelling and sunset cruises, while Ramon’s Village Divers is a good bet for trips to the Belize Barrier Reef, Shark Ray Alley, Hol Chan, and the collapsed freshwater cave system of the Blue Hole, for rays, turtles and more. 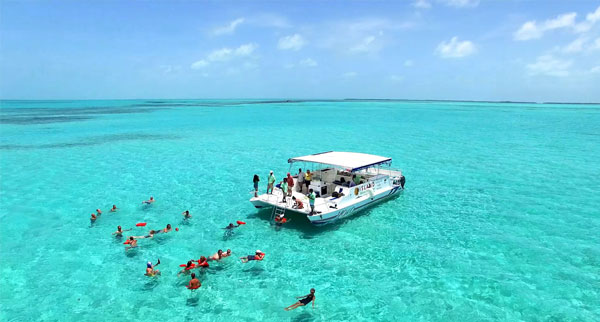 The most popular isle is Ambergris Caye whose main town, San Pedro, gained fame in Madonna’s La Isla Bonita, where restaurants and bars are small and personable (suggest The Truck Stop for a different experience), and there’s a smattering of art galleries, chocolate shops and boutiques. South of Ambergris, car‑free Caye Caulker takes ‘laid-back’ a step further with just golf carts and bicycles on the roads, and upmarket options springing up among the backpacker favourites.

Elsewhere, Belize City is a chance to see urban life in action, and visit the Museum of Belize and 19th-century House of Culture, once the country’s seat of government. Warn visitors to be vigilant – crime has been an issue in the city.

A world away in Belize’s far north is Orange Walk district, the seaside town of Corozal, and Lamanai, once an ancient Mayan city of 35,000 people. 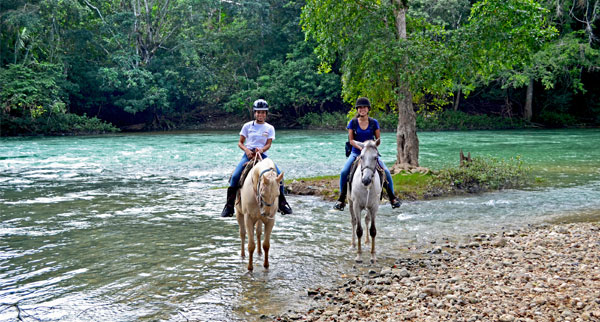 What Belize does best is accommodation with character. New suites and excellent food make the San Ignacio Resort Hotel a popular choice in San Ignacio town. Its seven hectares of tropical gardens are home to the Green Iguana Conservation Project, which is open to guests and non‑guests.

Out of town is the boutique luxury Ka’ana Resort with hacienda-style suites and villas, organic garden and a top-notch rainforest restaurant.

Gaïa Riverlodge is another eco‑property in the Mountain Pine Ridge Forest Reserve southeast of San Ignacio, while down south in Punta Gorda, the intimate 16-room jungle lodge Belcampo has an organic farm, rum bar and spa in a 4,850-hectare nature reserve.

In San Pedro, on Ambergris Caye, Ramon’s Village Resort has a Polynesian theme that doesn’t feel entirely out of place despite the Caribbean setting. There’s a fun beach bar-restaurant, and while the former pier and dive shop were destroyed by Hurricane Earl, there’s a new 400-foot pier, dive shop and fleet of dive boats. 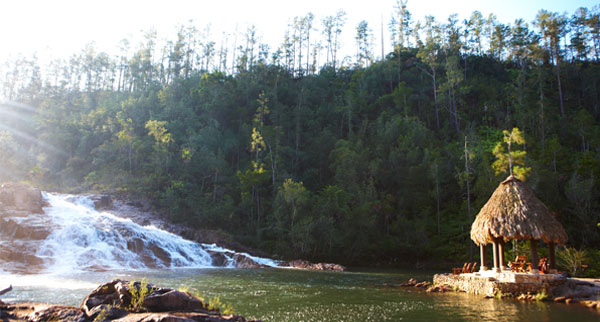 North of town on a quiet stretch of white-sand beach is the all-villa Matachica, which features Central American-design fabrics, mosaic-tiled bathrooms and a Jade Spa offering treatments such as banana and papaya facials. Another upscale option is the Caribbean colonial-style Victoria House, south of San Pedro town, with an infinity pool, newly revamped spa, thatched ‘casitas’ and beachfront villas.

Since November 2016, an American Airlines service has for the first time allowed UK travellers to reach Belize without overnighting in the US. Regional airline Tropic Air’s partnership with Thomas Cook offers same-day services between Europe and Belize via Cancun, and also connects Central American and Belizean towns.

Belize spans the full range of price points – from backpacker basics to luxury stays – and can cater to more specialist markets such as the dive sector, adventure travellers or voluntourism trips from the likes of Hands Up Holidays.

The variety of Belizean dishes should also make a strong selling point. Try johnny cakes (breakfast biscuits) and fry-jacks (fried doughnuts), Creole-style rice and beans, fresh lobster (in season), and Garifuna dishes such as cassava and plantain. And you’ll be hard-pressed to find a table without a bottle of Marie Sharp’s hot sauce on it.

Belize’s compactness is half the appeal, too. “It’s becoming increasingly popular,” says Intrepid Travel’s head of trade sales Andrew Turner. “It might be tiny, but it packs a punch: Mayan ruins shrouded by jungle, world-class diving, and a spicy fusion of Belizean, Creole and Mestizo culture. The fact that Belize is the only English-speaking country in Central America makes chatting to the laid‑back locals much easier.

“There’s a real opportunity for agents to introduce their clients to this little-known gem.”

Sail onboard the Belize Aggressor IV on Dive Worldwide’s Belize Liveaboard trip around the Turneffe and Lighthouse Reef atolls. The 10-day trip starts at £3,345 including return flights, transfers, one night in a hotel, seven nights’ full-board and up to five dives a day.
diveworldwide.com