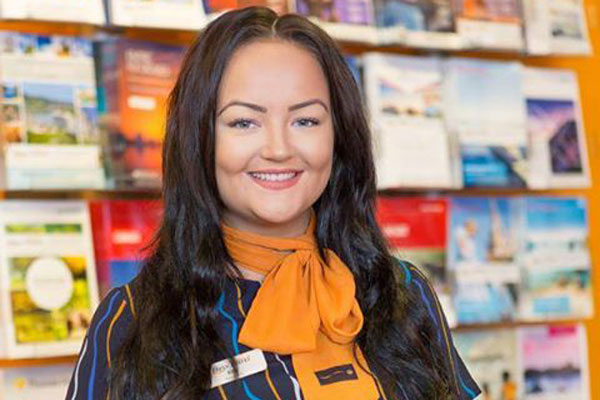 High-flying agent Ellie Barton is to star in Hays Travel’s new apprentice recruitment campaign after winning a clutch of awards and smashing sales targets in the two years since joining.

The campaign goes live on December 1 and is designed to recruit one apprentice per store – about 160 by next summer – and 20 to 30 in head office.

As part of the campaign, Barton, 21, has charted her first year as an apprentice at the Darlington branch in an online blog and video, which will appear on Hays Travel’s careers page.

The campaign will be promoted on the national apprenticeship website getingofar.gov.uk, and social media.

Apprentice information open days are to be held in branches during National Apprenticeship Week in March 2018.

Barton, one of Travel Weekly’s Cover Stars this year and a finalist for Young Leisure Agent of the Year in this year’s Travel Weekly Agent Achievement Awards, said: “As soon as I started at Hays, I wanted to be the best apprentice there. I had that mindset; I wanted to give it a million percent and it’s paid off.

“My advice to others thinking of an apprenticeship is to just go for it.”

Since joining Hays in 2015 on a two-year apprenticeship, Barton has smashed sales targets to achieve ‘high-flyer’ status.

In her second year, her sales profit hit £55,000 – equivalent to a shop manager’s high-flyer target.

Barton puts her success down to an enthusiastic approach, adding on extras such as parking and insurance, and not being shy to try to close a sale.