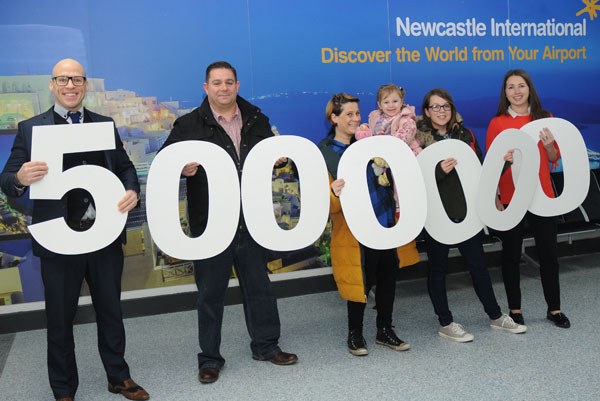 Newcastle airport is set to achieve the busiest year in a decade after its five millionth passenger passed through the terminal on Friday – the first time it has done so since 2008.

The largest airport in the north-east reached the landmark figure a month earlier than in 2008.

Newcastle is also celebrating the five million milestone across its Facebook page, encouraging passengers to share their experiences at the airport this year for a chance to win an iPad and a behind the scenes tour.

Aviation development director Leon McQuaid said: “We’re delighted to have now served five million passengers for the first time in almost ten years and we’re thrilled to be on track to reach our highest passenger figures in a decade by the end of the year.

“It’s very important that people have choice from their local airport and with more than 80 direct destinations now available from Newcastle and connections across the globe thanks to our extensive hub network, with airlines such as Air France, discovering the world from the north-east has never been easier.”