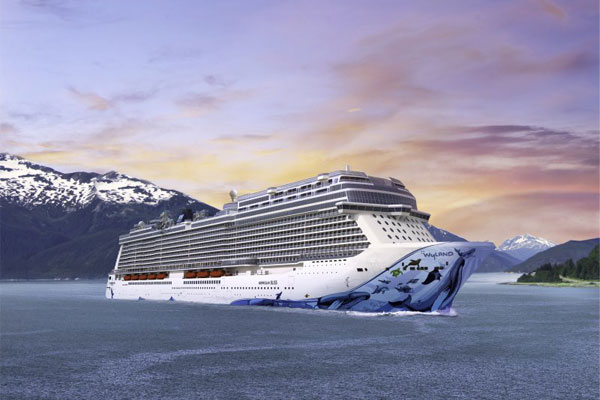 Norwegian Cruise Line has promised to never undercut its travel partners after revealing a surge in smaller agents selling its cruises since the introduction of its premium all-inclusive fare.

Nick Wilkinson, vice-president and managing director UK & Ireland, the Middle East and Africa, hailed the efforts of the trade at a media event for new ship Norwegian Bliss in central London.

He went on to link the last year’s move to premium all-inclusive pricing to a spike in agent support.

He said: “Premium all-inclusive has been an incredible success. It has opened doors to more and more agents feeling confident knowing what they’re selling with Norwegian.

“The [number of smaller agents working with Norwegian] is in double-digit growth. To me that is driving the success that we see in the market place.”

He added that premium all-inclusive gave agents “the simplicity” they needed to do their job, before revealing that trade sales make up 85% of NCL’s distribution.

“[Travel agents] are our ambassadors,” he said. “They make the difference. That is why we make sure they are protected. They have a really difficult job. We will never undercut our travel agents. They are our lifeline.”

Explaining NCL’s recent decision to make New York its homeport in 2019/20 rather than a UK port, he told Travel Weekly: “The UK market is the number one market outside the US you have to look at when you are designing deployment from a global perspective.

“You have to look at what your demand is from each of those areas.”

He said it was understandable the UK market wanted “the newest, brightest, biggest” vessel but said, thanks to the Norwegian Edge renovation programme, “all our ships are exceptional”.

The 4,004-passenger ship will sail weekly seven-day Alaska cruises each Saturday from Seattle during its inaugural season.

From November, during its first winter season, the vessel will operate seven-day eastern Caribbean cruises each Saturday from PortMiami.