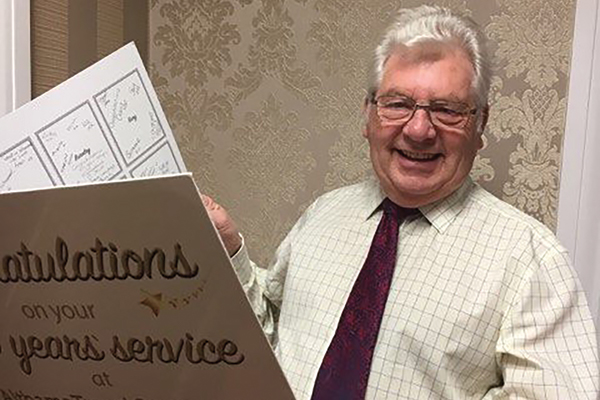 Managing director of Althams Travel Eddie Starkie is to leave after 60 years at the business.

Starkie was not re-elected at the agency’s AGM and Sandra McAllister has been appointed managing director with immediate effect.

In an announcement sent to managment and staff, chairman John Cook said:

“At today’s annual general meeting of shareholders, Eddie Starkie has not been reelected as a director.

“Eddie has given many years of valuable service to the Company which is greatly appreciated by all.

“At a later Directors meeting today, Sandra McAllister has been appointed Managing Director of the Company

“Both Sandra and Jackie Griffin are executive directors who are long serving employees of the Company. They are highly valued by the other directors and shareholders.”

In a statement, Althams said: “The Company did hold an AGM on the 25th January at which re-elections to the Board were held. Eddie Starkie was not re-appointed as director, however Eddie still remains an employee of Althams and a shareholder”.

Starkie celebrated his 60-year milestone last year having joined in 1956 as an office junior.

He worked in various roles, including travel clerk and later tours manager and general manager, before being promoted to managing director in 1983.

Althams operates more than 30 shops across Lancashire, Yorkshire and Lincolnshire, employing about 200 staff .