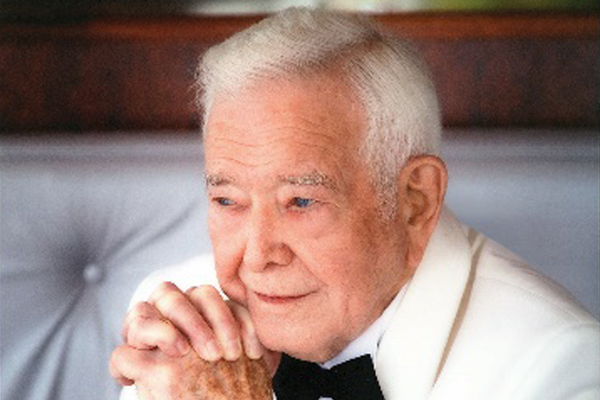 He co-founded Virtuoso in 1986 with his son, current chairman and chief executive Matthew Upchurch, and had a career in travel that spanned more than 50 years.

Matthew Upchurch said: “My father was a pioneer in this business, and I am forever grateful that he introduced me to the world and this industry at such an early age.

“He had a nose for knowing what the luxury traveller wanted, and it wasn’t necessarily the traditional refinement found in five-star hotels or transatlantic cruise liners.

“He knew the world offered more than that. His insatiable curiosity about the unknown, his passion for other people and their cultures, and his tendency to question conventional wisdom with a simple ‘why not?’ opened the door for others to experience countries that were not considered tourism-friendly yet.

“He left his mark on this industry that he loved so much.”

Jesse Upchurch’s entry into the travel industry began when he invested in Vagabond Cruises, a yacht-chartering company in the Caribbean.

Realising a market existed for both adventure and luxury travel, he built the first timeshare resort in Acapulco and purchased and Mexican travel and international hotel representation group.

He expanded operations into the South Pacific, Asia and Europe with the purchase of Percival Tours in 1962 and opened up tourism in markets previously considered only for the most intrepid traveller, such as Africa and India.

He introduced the first air-conditioned motor coaches so that his upscale guests could tour the areas in comfort.

A founding member of World Wildlife Fund’s 1001 Club, Upchurch was an ardent supporter of conservation.

He bought land in Kenya and donated it to the African Fund for Endangered Wildlife for what is now known as the grounds surrounding Giraffe Manor.

Upchurch also was a co-founder of the US Tour Operators Association, where he served as chairman, CEO and president, and was also chairman of the African Travel Association.