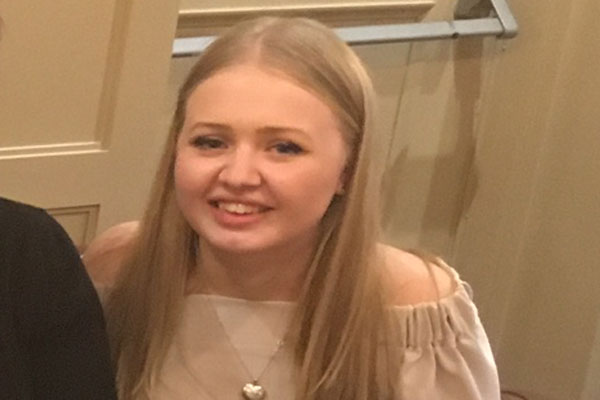 People from around South Shields plan to turn their towns blue and pink on May 22 in tribute to Westoe Travel apprentice Chloe Rutherford and boyfriend Liam Curry killed in last year’s Manchester Arena terror attack.

The date has been etched on the hearts of the couple’s family and friends as they continue to live each day without the pair described by those who knew them as “perfect” for each other.

Chloe’s uncle Glenn Rowe has arranged for schools, businesses and individuals to get behind a campaign to turn South Tyneside blue and pink in honour of the couple, but also as a sign of unity in a stand against terrorism.

He hopes the day will help to raise funds for the Chloe and Liam Together Forever Trust created by their families to support the talents of young people in the field of sport and performance.

Chloe, 17, was a talented performer while Liam, 19, was a skilled cricketer.

People are being asked to wear pink and blue and to post pictures of themselves on Facebook.

The couple had been enjoying a night watching an Ariana Grande concert when a suicide bomber struck.

When news of their deaths broke, it led to an outpouring of grief from across South Tyneside and beyond by those who had known the couple, as well as strangers touched by the shocking events that unfolded that night.

Rowe said: “I’ve had a lot of people saying they wanted to do something to mark the day of May 22.

“I was just sitting one day and thought the simplest but most effective thing would be for people to wear pink and blue on the day,

“It lets their families know that people are thinking about them. But it is also of unity in a stand against terrorism.

“Since it was mentioned, we have had hundreds of schools, clubs and businesses say they will be taking part.

“We have also had support from around the world from as far away as New Zealand and California.

“We would love to turn South Tyneside pink and blue for the day in honour of our angels and others killed and injured that night.”

Westoe Travel’s Graeme Brett said: “This is an amazing tribute to Chloe and Liam and shows how much they were loved by everyone they met and how many lives they have impacted.”