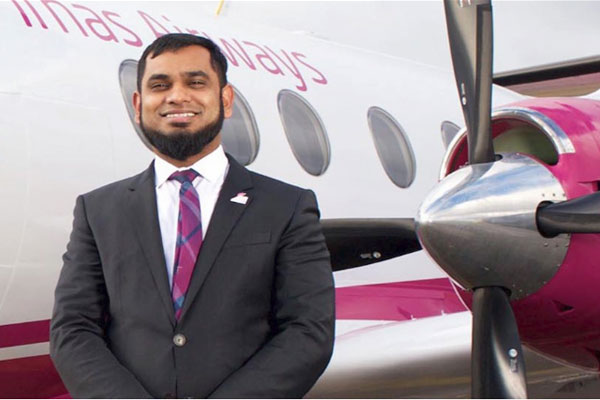 A TV documentary on Bangladeshi-British businessman Kazi Shafiqur Rahman’s efforts to start an airline in the UK is to be shown on Channel 4 on Wednesday night.

The programme covers his efforts to fulfil the demands of his faith as he insists Firnas Airways is compliant with the teachings of Islam, complete with modest dress for cabin crew and only Halal food served on board.

“There’s a huge communication issue when it comes to Islam, Sharia, halal and things like this,” Kazi, a practising Muslim, told Sun Online.“But as an entrepreneur I feel passionate about it and it’s also my faith.

He started work at London City airport cleaning aircraft toilets after coming to the UK in 1997 aged 11.

Following the creation of a successful fragrance business, looks to get the UK’s first Shaira airline off the ground.

The documentary follows Kazi’s negotiations to flying from Ashford airport in Kent to Waterford in Ireland using a 19-seat twin turboprop Jetstream aircraft.

Channel 4 said: “The path to the skies is beset with difficulty, we follow the highs and lows of his journey trying to break into one of the most expensive industries in the world.”