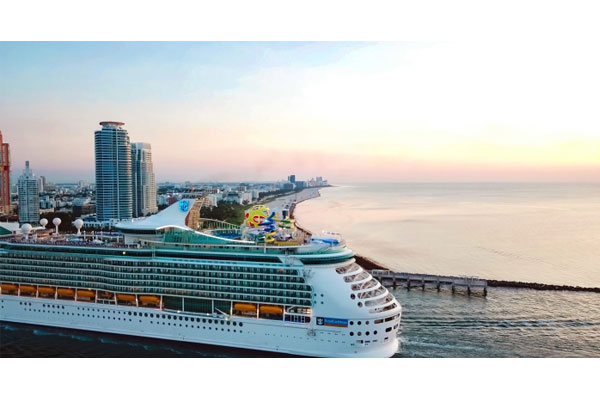 New-look Mariner of the Seas has joined Independence of the Seas in receiving a major refit by Royal Caribbean International.

A total of $120 million has been spent on Mariner of the Seas as part of a $900 million commitment to “reimagine” ten ships in the line’s fleet over four years.

Mariner of the Seas sailed into its new home at PortMiami yesterday ahead of setting sail on Monday on a four-night cruise to the Bahamas.

The revamped ship will continue to offer four-night weekday and three-night weekend itineraries from Miami to Nassau and CocoCay.

Mariner of the Seas will sail to the new Perfect Day at CocoCay – the first destination in Royal Caribbean’s recently announced collection of private island experiences around the world – from May 2019.

“We’ve answered that call by investing $120 million in Mariner of the Seas and bringing her to Miami to sail three-night and four-night cruises.

“With the combination of more thrills than you can count and visits to tropical destinations, Mariner is changing the game and taking the short getaway experience to a whole new level.”