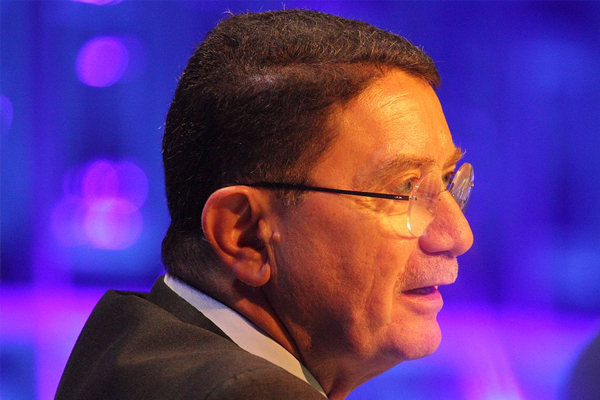 The former UNWTO secretary general has strong views on Resilience Through Tourism.

Taleb Rifai might just be the most high-profile figure in global travel and tourism. He certainly has a deserved reputation as among the most charming.

Rifai stepped down as secretary general of the UN World Tourism Organisation (UNWTO) after eight years at the end of 2017, although he maintains a travel schedule that would tax many half his age.

However, Rifai will be at home in Jordan next week to address the first Resilience Through Tourism Summit in Amman.

He says: “We will be talking about how to keep economies going and keep jobs alive. That is important not just for Jordan but all over the Middle East and all over the world.

“It is very important to meet to discuss this subject of resilience.”

During his time as head of the UNWTO, Rifai says: “So many ministers said to me ‘It was tourism that kept our economy going.’

“Tourism can do so much that other sectors can’t. But this does not just come automatically. You have to invest in it [and] you need to have roots.”

Rifai will deliver a keynote address at the summit. “What is most important to address,” he says, “is tourism’s impact on the local community.

“It’s not enough to have the private sector sharing profits [with communities]. We need to ensure everyone in a country benefits, that whatever comes to the country is shared.

“Simply providing jobs will not be enough in the future.”

He says: “It is not enough just to serve rich people. We can’t continue to build five-star hotels in three-star communities.

“We must build tourism with strong connections with communities. People must feel that every visitor is their own guest.”

Rifai suggests: “All-inclusive resorts need to re-think their position. They need to engage with people and share their business.”

He says, “this is particularly important in developing countries”, and tells Travel Weekly: “I was in an Asian country and flown from the airport to an island – a single island bought by one developer.

“There are 90,000 people living there. The developer said: ‘I want this island, but the people are part of it. I want them to stay.’

“I asked to visit a community. He was hesitant, but I went.

“He [the developer] was providing jobs and opportunities, opening schools and hospitals. But I told him, ‘Unless you encourage visitors to visit local communities, to use their shops and businesses, they will not accept you.

“’Share your business with them, not just your profits.’”

Rifai says: “He thought he was doing a good job, and he was, but it is not enough.”

So at the summit, Rifai says: “I will talk about the importance of linking with the community. [Tourism development] makes no sense if it does not.

“You can’t build a strong [travel and tourism] economy if it is not rooted in the community.”

He insists now is a great time to visit Jordan following major protests against tax rises and austerity measures at the start of June which brought down the prime minister.

Rifai says: “We have been going through a critically difficult time with a lot of unrest, but the result has been very positive.

“For the first time, Jordanians took to the streets protesting. The way they did it made us very proud. Not a single person was hurt [and] we ended up with a new government.

“There is a great sense of optimism and of looking forward.”

He adds: “The fact that we are still holding the [Resilience Through Tourism] meeting is very significant.

“The fact that so many people are coming to meet in Amman at this time is extremely important for us.

“I’m very proud of being a Jordanian these days. Things are moving in the right direction.” He insists: “Now is the time to visit Jordan to see at first hand.”

Rifai will be joined in addressing the Resilience through Tourism Summit by speakers including:

Lina Annab, minister of tourism and antiquities in Jordan

Isabel Hill, director of the US Office of Travel and Tourism Industries

Lee Miles, professor at Bournemouth University in the UK