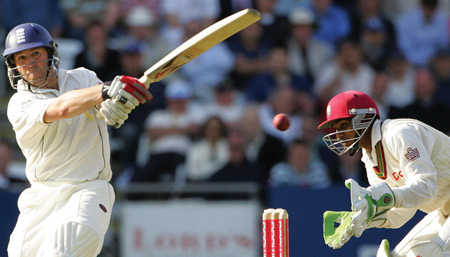 The International Passenger Survey shows that in 2007 – the most recent year for which statistics are available – UK residents made 1.5 million trips abroad to watch sport.

More companies are offering sports tourism packages, with existing destinations diversifying and new high-profile events appearing all over the world (see our list of sports tourism diary dates for 2009 – 2011).

Add to that budget airlines opening up new cheap routes for weekend breaks and it is easy to see why the sector is, by all accounts, continuing to boom.

Television exposure of sport is at an all-time high, and British successes – such as Team GB’s Olympics, Andy Murray reaching the US Open final or Lewis Hamilton taking the Formula 1 championship in 2008 – reinforce the armchair enthusiast’s desire to say: ‘I was there’.

Becky Addley, spokesperson for the recent ‘Barmy Army’ cricket fans’ tour to the West Indies, said: “The Barmy Army is recognised globally as the group of fans that continues to support the England cricket team no matter where or how they are playing.

“It has been integral in the growing desire since the early 1990s to support your team at home and abroad.”

In fact, as long as tickets are available, most operators will also work on bespoke trips – Sport Abroad recently sent boxing fans to see Ricky Hatton fight in Las Vegas.

One of the sector’s major players is TUI Travel. Its activity arm includes Gullivers, Events International, Thomson Sport and The Sportsworld Group, which in turn owns Sport Abroad.

Trips on offer range from simple budget to fully escorted and celebrity-led high end. Operators feel the sector is holding up well, albeit with slight modifications.

“We have seen numbers increase year on year and, although customers appear to be taking more time to commit to booking, they are still showing an interest in pursuing their hobbies and pastimes,” said Sport Abroad managing director David Higgins.

“Short term, it could continue to be slow, but once confidence regains strength we expect that [people will have the assurance] to carry on booking as before.”

“As travellers look for more exclusive and ‘once in a lifetime’ experiences, we are seeing increasing numbers of new clients, and existing clients looking to experience new sports.

“In the immediate future, clients are still looking to travel, but for shorter durations. We have reacted to this by offering more flexible trips to the Monaco Grand Prix and splitting our Lions tour into single Test Match options.

“The longer-term future looks very exciting with the football World Cup in South Africa in 2010, and England’s cricket team there this winter followed by Australia for The Ashes in 2010/11.”

Make the most of it

Sporting events can be made more enticing by packaging them with traditional tourism opportunities nearby. Equally, many holidays could be enhanced by including attendance at a sporting event, or even a stadium tour such as those at Barcelona’s Nou Camp. This is where agents really come to the fore.

“You don’t have to be an expert on sport to sell a sports holiday,” said Higgins. “Agents feel comfortable selling motorsport because it is an easy sport to understand – but you should be proactive in marketing all sports to regular clients who are looking for new and exciting holiday options. A weekend horse racing or at a Grand Prix is a great holiday, even if they’re not the biggest sports fans.”

Spotting a likely sports travel customer can be difficult because demographics vary hugely. Higgins explained: “Cricket usually attracts singles and couples, mainly 45 or older, who have more free time, no mortgage, leave the children at home and are resilient travellers.

“Rugby spans a big age range and involves families, couples, singles and groups; while motorsport tends to appeal to couples or singles, corporate clients and also as an anniversary or birthday present.”

The main opportunity for agents lies in gaining knowledge to sell a greater range of trips and working on ways to extend, upgrade or better co-ordinate them for the client.

Tourists now want more from sporting events. World Tourism Organization statistics for the 2006 FIFA World Cup in Germany show more than 60% of visitors went to other places of interest and more than half spent time shopping.

Atkin said ITC clients are “focused on sport but also look to take in elements of the country”, such as a safari while on a sports tour to South Africa.

Most sports operators now offer their own add-ons to exploit this opportunity – for example, ITC offers an Orient-Express trip to Venice after the Prix de L’Arc de Triomphe – but agents can also work directly with clients to tailor-make holidays around events.

“This is a key selling tool,” said Higgins. “Examples include combining the Malaysian Grand Prix and Langkawi; an England cricket test in Cape Town and the Garden Route; Hong Kong Sevens and Thailand or the Melbourne Cup and Sydney as a twin-centre.”

Some trips, such as the recent tours of the West Indies, offer couples with different interests the best of both worlds. “These kind of ‘champagne tours’ are usually well attended as they allow non-fans to spend the day on the beach while the sports fan goes to the ground,” Addley added.

Combining spectator and participatory sports events is also gaining favour. It is an area that could increase in popularity in coming years, with opportunities such as skiing alongside World Cup downhill events or visiting Dubai Sports City – due to open in 2010 – to watch an event then take a course at one of its sports academies.

In general, sports operators get around half their motorsport business through agents while other sports, such as cricket or rugby, tend to be about 30% agent and 70% direct, horse racing even more so. But there are lots of ways agents can increase that percentage.

Raising staff awareness of when and where events will take place is elementary. Use printed or online sports diaries like those handed out by TUI retail or the interactive event calendars from Sportsworld (sportsworld-group.com, mostly UK events) and ITC (itcsports.co.uk).

Atkin explained: “We are working hard to raise awareness of the main sporting events as they come on sale and as they hit the fans’ radars.

“Enquiries for our British and Irish Lions Rugby Tour to South Africa increased as the Six Nations started and the start of the F1 season also sees increasing interest in packages. We also offer seasonal booking incentives and brochures, flyers and posters to keep agents up to date.”

But knowing when events are on is just the start. Many events sell out quickly, so staff must make sure tickets are still available before selling trips. Being able to show awareness of costs, travel to the location and transport around the event all help to gain a client’s confidence.

This, again, is where the experts come in, offering not only sales support on dedicated phone lines but, in some cases, also specific training.

Atkin said: “Our dedicated sports sales team are on hand to answer any questions relating to a tour. But another good way to learn about specific sports is to speak to family and friends who have a passion for it or to watch it on TV whenever possible.”

So with the F1 season back on track, Andy Murray rising up the tennis ranks and the Lions, the Barmy Army and, hopefully, the England football team all heading to South Africa in the next year or two, sports travel should continue filling the stadia and grandstands of the world in the coming years.