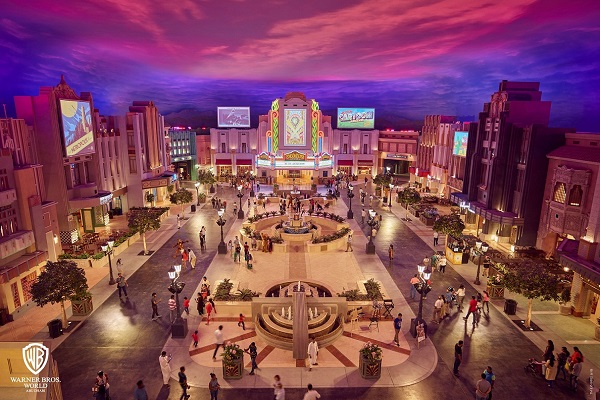 Warner Bros. World Abu Dhabi has opened to the public on the emirate’s Yas Island.

Characters such as DC superheroes Batman, Superman and Wonder Woman, as well as Warner Bros. Animation characters from Looney Tunes and Hanna-Barbera like Tom and Jerry, Scooby-Doo and The Flintstones feature at the park.

The project was a $1 billion investment and was developed by developed by Miral in partnership with Warner Bros. Entertainment.

It was inaugurated by sheikh Mohammed bin Rashid Al Maktoum, the vice president and prime minister of the UAE and ruler of Dubai and crown prince of Abu Dhabi, sheikh Mohamed bin Zayed Al Nahyan on Monday July 23, opening to the public on July 25.