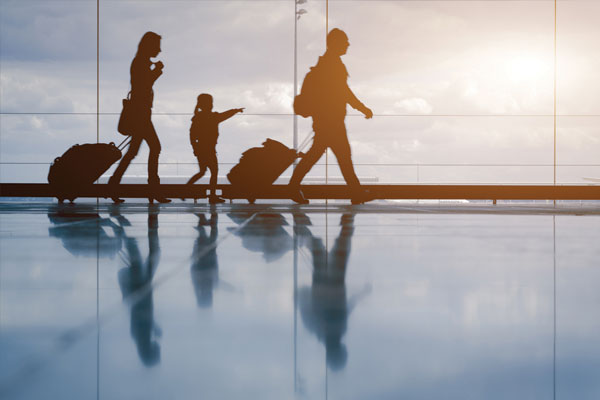 People with children are more likely to take multiple holidays a year, a new study reveals.

More than a third (34%) of families take two holidays a year, against 28% of households without children.

Millennials also take fewer breaks a year compared to families, with only 32% saying they take two holidays a year.

Although it may be thought that millennials have more disposable income and time, it is not always being spent on holidays, according to the study commissioned by Ocean Florida covering 1,130 adults.

A third of those aged 25 to 34 take five to six months to save for holidays, 23% claimed it took three to four months and 13% said it was one to two months.

However, families are more likely to save over a longer period of time. A quarter (26%) said it took five to six months, followed by 21% saying it took 11 to 12 months with 18% saying it only took them three to four months.

Those without children are spending more on holiday accessories. A third (30%) of child-free respondents spent between £101-£250, as opposed to only a quarter of those with children.

“And with research revealing just how important holidays are to a child’s development, it’s great to see just how many families are choosing to make the most of their time together and venture on two holidays a year.

“Family holidays are such a crucial part of growing up, and there are so many different ways for families to make the most of them.

“Pairing a dream holiday to Florida with a smaller trip, perhaps somewhere in the UK, is a great way to maximise on family time together throughout the year.