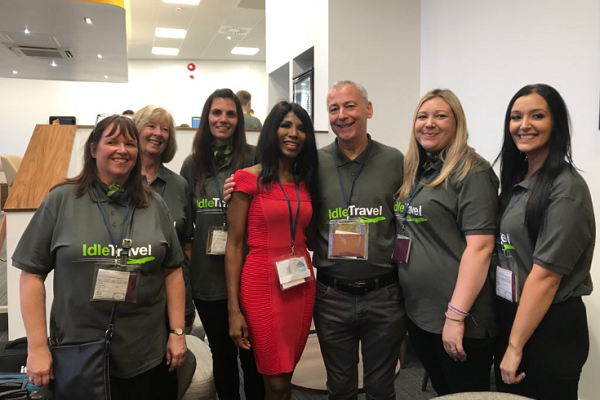 The singer, famous for 80s hit So Macho, was at a lounge at Leeds Bradford Airport to see-off the group, which were flying to Cyprus after booking with Idle Travel.

The team from the agency got up at 4:30am to surprise their clients.

“It was great to give them a surprise send off like that, which was possible because I’ve got a good relationship with Leeds Bradford from over the years.

“The family was shocked, in a good way, and it was a lot of fun for the team, so we didn’t mind getting up early – and we were back at the office for 9am. It’s also good for our publicity too – we’ve had a really good reaction on social media.”