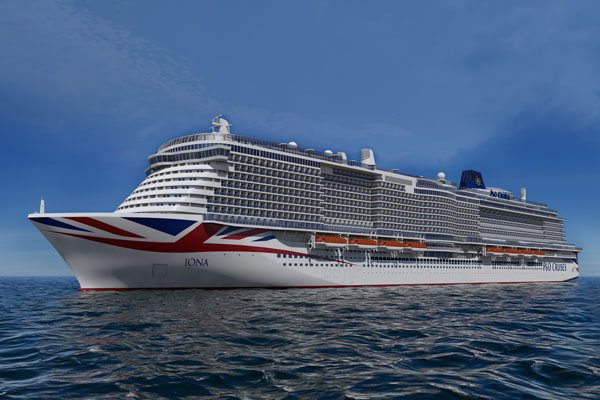 Agents say P&O Cruises’ decision to scrap daily service charges across its fleet will remove a barrier that could dissuade customers from booking.

The move, which will come into effect in May 2019, means passengers’ bills will not include a discretionary daily charge – currently £7 – for service onboard.

The line raised its recommended daily service charge from £6 to £7 in March – just 12 months after the amount was raised from £5 per day.

The decision to scrap the charge comes ahead of P&O launching two ships by 2022, including Iona, which goes on sale next month.

P&O Cruises senior vice-president Paul Ludlow said: “The removal of the service charge is another step to make the process of booking a cruise even simpler, so that all current and potential guests can relax knowing that everything is taken care of.”

Miles Morgan, owner of Miles Morgan Travel, said: “They’re trying to get this out before Iona goes on sale. Iona will work only if it attracts a lot of new-to-cruise customers. It needs to carry 5,500 passengers a week, so taking out service charges simplifies the offering.”

“It removes a selling barrier – Brits do not like tipping.”

The vast majority of P&O customers are British, who are generally more averse to having service charges automatically added than some other nationalities.

Phil Nuttall, managing director of The Cruise Village, added that his customers were concerned that particular crew members were not getting the tips they were paying.