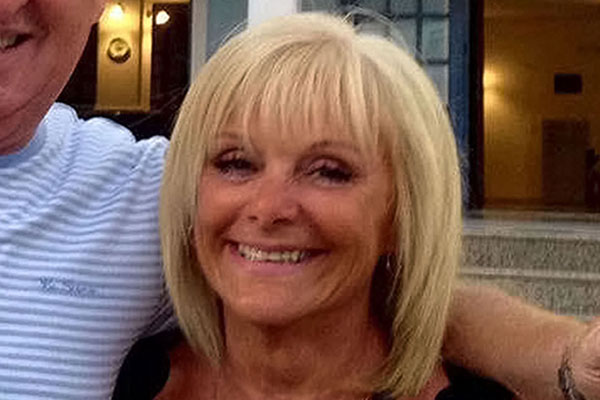 Flowers and cards have been left at the Thomas Cook branch in Burnley where agent Susan Cooper worked, following her death on holiday in Egypt.

Customers and members of the community visited the store to pay their respects to the 63-year-old, who had worked for Cook for 16 years, handing cards with personal messages and floral tributes for staff to pass to family members.

Susan (pictured) and her husband John, 69, died in the Red Sea resort of Hurghada on August 21 while on a Thomas Cook holiday.

The branch closed for five days after the tragedy as a mark of respect, with colleagues describing her as the “life and soul of the store”.

Last week, results of Cook tests at the Steigenberger Aqua Magic hotel showed a high level of e-coli in the food. But no evidence of carbon monoxide or salmonella was found and the swimming pools had normal levels of chlorine.

However, Cook said its independent specialists, who were not allowed into the Coopers’ room, had not shed any light on the “still unexplained cause of death”.

Cook evacuated 301 customers from the hotel following the deaths and a raised level of sickness among guests. It put the hotel on stop sale.

Tui is continuing to sell the Aqua Magic to customers in Germany, the Netherlands and Belgium after carrying out two of its own audits, as is German company Der Touristik.

Tui, which has never sold the hotel in the UK, will “monitor the situation”.

A Tui spokesman said: “After the tragic deaths, Tui had two audits of the hotel conducted. Both had positive scorings and didn’t show any indication that could cause health issues or could be related to the two deaths.”

Expedia continues to advertise the property.