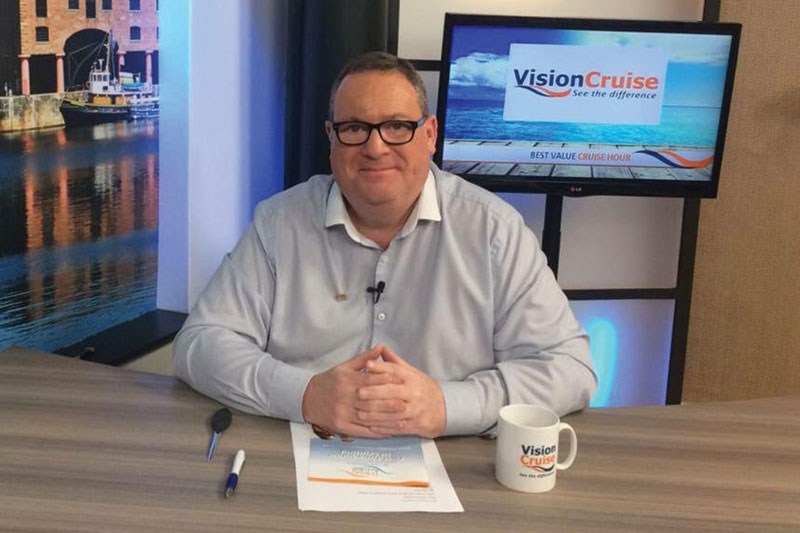 One of the pioneers of cruise-themed TV has branched out to on-demand streaming platforms to reach more new-to-cruise customers.

The Liverpool-based agency also switched Sky channels on September 4 from 199 to 191, meaning it now pays less for airtime than it did on channel 199, also known as Holiday & Cruise TV.

Vision Cruise now puts out three programmes – Cruise Today, Bargains of the Week and Best Value Cruise Hour – on Sky 191, plus 15-minute shorts on its  on-demand platforms each week.

Brand director John Cooper said: “Streaming figures have gone through the roof. Last week was our best for sales for three years – we were 14% up year on year.

“We were up against it because in the same week last year we took home £250,000 worth of business from a cruise fair in Birmingham, which did not run this year.

“We are hearing from people that we have not heard from before – people we call ‘new joiners’. Those are the people we are really going for.”

Cooper revealed 21% of the customers Vision Cruise sold sailings to last week had not contacted the company before.

Explaining the spike in new‑to-cruise customers, he said: “We have got the three programmes, plus 15-minute programmes on each cruise line or on snappy deals we are offering.

“If you are new-to-cruise, and you are watching on your phone, you are not going to watch for hours and hours if you have never been on a cruise before.”