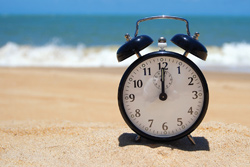 The UK travel trade is facing a make-or-break period as it enters 2009’s summer lates market.

Association of Independent Tour Operators Specialist Travel Agents chairman Barry Moxley has warned that, with this summer’s revenues down, the lates market could be all that stands between some travel businesses and failure.

He said: “The next 10 weeks are critical. The late sales period of June, July and August will be key markets for most of us, and will probably define the financial situation for travel agents and tour operators for the rest of this year.

“If people stay in the UK and don’t spend their money, then we’re going to have a big commercial problem.”

Elite Travel Group chairman Wayne Darrock said the consortium’s sales revenues for summer 2009 were down by up to 8%, while other parts of the industry were worse off.

He said: “A lot of our members are doing well, but across the industry, May didn’t really spell the start of the summer [sales]. Everybody’s fingers are crossed that June will.

“Come the end of the year, there could be a bit of a bloodbath, with businesses unable to carry on.”

He said: “Bookings this year to date are down, and we’ve got some catching up to do. There’s a lot of hope for the lates market.”

Advantage commercial director Julia Lo Bue-Said said there was cause for optimism, as lead-in times for bookings drop from between six and eight weeks, to three to six weeks.

She added: “We’ve had Easter, which was diabolical (for summer sales), but the business is beginning to come through.

“There’s still a lot of capacity and availability out there, but from an operator and retailer perspective, we need to have a strong summer.”