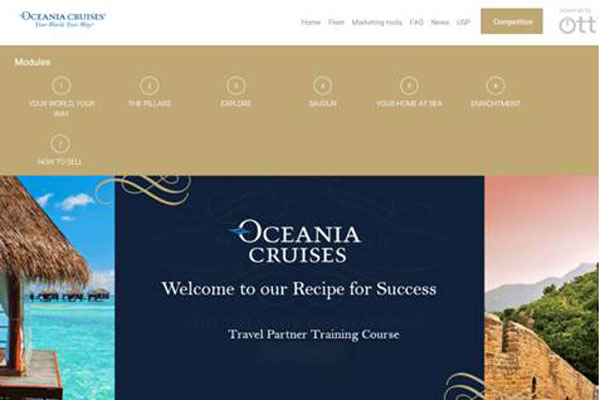 More than 300 agents have signed up to Oceania Cruises’ new trade portal but the line’s UK boss wants to strengthen links with existing partners by providing them access to in-house product information.

Since Oceania’s Travel Partnership Hub launched in June around 300 individual agents have been signed up by the line.

But Bernard Carter, Oceania’s managing director for EMEA, said one of his key focuses is improving relationships with existing travel partners, including tour operators, by allowing them access to live pricing and cabin availability.

Currently, six agencies or tour operators have direct access to Oceania’s system, using Application Programming Interface (API), but Carter is trying to increase that to 10 by March.

This allows tour operators to build fly-cruise packages to sell B2B or B2C, while agents would use it for B2C sales.

He said: “Our API gives the partners we work with the technology to display our product live on its own website.

“We give them direct access to our system, so everything they see is live. Travel partners can do B2B, B2C and B2B2C.”

Carter said API technology was being used “extensively” in the industry.

He added: “Oceania is focusing increasingly on the tour operator channel as a way of reaching not only consumers but also third party travel agents with clients wanting more than just the standard fly-cruise packages being offered by Oceania Cruises.”