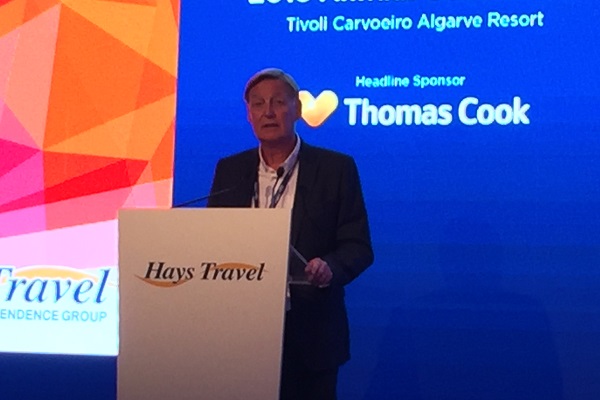 The scheme, introduced to its retail branches on August 22, has now been rolled out to members of the Hays Independence Group consortium, which is hosting its annual conference in the Algarve.

This figure was made up of £700,000 in the loss of revenue its 115 IG members receive from credit card fees, which were banned in January, and help them  avoid £600,000 in additional costs to process credit cards following the introduction of the Payment Services Directive (PSD2), which Hays said was £8.06 per booking on average.

Customers set up direct debits with the agency while putting down a deposit, then the direct debit will request the full balance either in one go 16 weeks prior to departure or in monthly payments with the last being as close as six weeks out from departure.

It can be integrated into Hays Travel’s iSell platform and once customers details have been taken once, they will be loaded automatically for future bookings.

Announcing the service to members at the Hays IG Conference at the Tivoli Carvoeiro hotel, Hays said: “This will offer very, very significant cost savings to all of you in the room.

“In addition to the cost savings, it’s massively more efficient.”

Charging customers fees to use credit card was abolished in January through the Payment Services Directive (PSD2). Travel agents, particularly smaller independents, have raised concerned about the impact of the fee ban on their margins and bottom lines, with some forecasting an extra cost of tens of thousands of pounds over a year.

So far at Hays, more than 600 new direct debits have been set up in the six weeks it’s been live. The balance is being set up to be paid, on average, over nine payments.

Hays said that the service was particularly beneficial for early bookings, warning that there is the potential for “some exposure” on bookings made closer to the departure date.

“We know a lot of customers want monthly payments,” he said. “We are finding it’s working brilliantly so far. We’re even using it in our marketing.”

Hays revealed that 66% of those who had confirmed a booking via direct debit were new customers for Hays Travel.

“For bookings further out it gives sensational results,” he added. “If you’e making a 2020 booking you will have collected so much that there’s no risk [of not having received enough to cover supplier cancellation costs] at the end.”