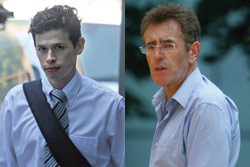 Travel agents have been urged to exercise caution when entering into business relationships during the recession.

The warning comes after three bogus travel agents pleaded guilty to conning airlines out of flights worth £1.2 million.

Agency owner Paul McDonald, who sold the agency after 21 years, received only 75% of the agreed price for the business.

Following the deal, during one weekend, the group sold £1.2 million-worth of airline tickets, although the business never received the money.

The court also heard the group used the good name and credit rating of Flights International (Southend) to purchase goods worth £120,000, without paying for them.

The business went into liquidation in August 2007 and the Civil Aviation Authority called in its ATOL bond in October 2007. All five staff also lost their jobs.

Prosecution lawyer Jane Bickerstaff said: “Bearing in mind the airlines suffered losses of £1.2 million, and the loss to the travel agency owner, the sentence is likely to be years, rather than months.”

All three pleaded guilty to conspiracy to defraud, and are due to be sentenced next month.

Trevor Sears, who acts as legal counsel to IATA and is a partner at law firm Davenport Lyons, said: “The group bought the company, and over the first two months sales were small. But the airlines never received payment for tickets booked in July and August.”

He said many consumers who had booked flights may have still flown at the expense of the airlines. Others who had paid discounted fares may have been asked to pay the balance before flying.

Prevention of Fraud in Travel chairman Barry Gooch said: “There have been several instances where companies have been tempted to enter into a business relationship that ends up costing the owner his livelihood.

“It is rare for a company to survive this type of attack.”

For more on fraud, go to www.travelweekly.co.uk/fraud

Top tips from Barry Gooch, head of the Prevention of Fraud in Travel Group