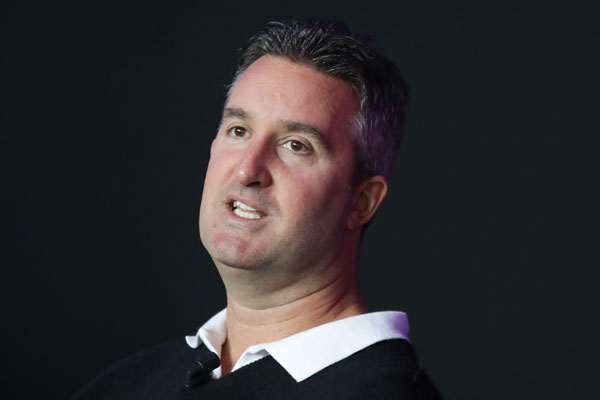 Travel companies were urged to be optimistic ahead of Brexit and not “plan for the worst”, despite continued uncertainty over Britain’s departure next year from the EU.

A panel of five industry executives agreed businesses have to be bold during the transition period and must be ready to adapt to fluctuating consumer confidence in travel.

Simon Cooper, chief executive of Manchester-based online travel agency On the Beach, said: “There’s no guidance on what a no-deal Brexit would look like so it’s very difficult to plan for what you can’t know.”

He said his business had already seen a substantial number of its staff from EU countries leave since the 2016 referendum result.

“There was a sort of mini-exodus,” he said. “We may see another wave of that depending on what happens with Brexit.”

Cooper predicted that customers would hold off making bookings until the government gives more clarity on how Brexit will look. “There have been fluctuations in consumer confidence,” he added. “As we drag our way to the finish line I think we will potentially see a different booking profile for travel in summer 2019 and beyond.

“That would be unhelpful, and anything that affects the currency affects the entire industry. Regardless of whether you are selling to a price-sensitive customer or not, if prices go up 10 or 20%, they go up 10 or 20% for everyone.

He compared the uncertainty over Brexit to the computer bug  fears ahead of the millennium when “nothing happened”.

Jennifer Atkinson, chairman of the Inspiring Travel Company, said businesses should remain optimistic, adding: “You hope politicians don’t stand in the way of business. It feels like they are not looking at the needs of businesses or the economy. That’s what’s so dangerous. Their political divides are making the landscape for people who are trying to run prosperous, growing businesses quite hard.”

Atkinson said ITC had been due to complete a private equity deal during the week of the 2016 EU referendum, but the result caused investors to panic.

She said: “However, that only lasted two to three weeks, then it all settled down. I wonder whether when [Brexit] actually happens, there will be that pause again for a month or so, and then life goes on.”

Cooper and Atkinson both said that despite the lack of Brexit clarity, businesses should not set lower budgets for 2019.

Atkinson said: “I’d be cautious about [setting] a negative budget because it becomes a self-fulfilling prophecy.”

Thomas Cook Airlines chief executive Christoph Debus said: “The biggest impact will be the devaluation on the pound. But we don’t plan for a downturn.”

But Manchester airport’s chief operating officer, Tricia Williams, said businesses must plan for Brexit. “The message is, don’t wait. You have to start planning now,” she said, adding that the airport had seen a rise in visitors from non-EU countries.

“It would be naive to be overly optimistic yet you don’t want to scaremonger,” she said. “[But] it is hard to put Brexit and positive in the same sentence.”