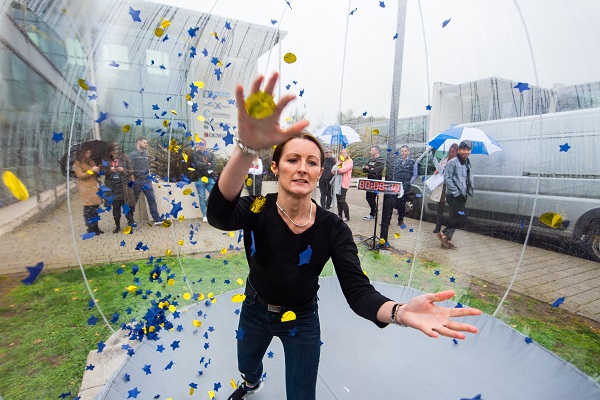 Eight agents battled it out for as many golden tickets as they could get their hands on inside a giant snow globe to win the last place on a Royal Caribbean fam trip to New York.

Becky Sutton mastered the Crystal Maze-style task while being blasted by a giant fan for a minute, and will join 14 others on the three-night educational.

Royal Caribbean’s Escape the Room to New York was an interactive virtual game, running from September 4 to October 4, that challenged Club Rewards members to make their way out of a virtual room after they made booking with the top 14 contenders automatically earning a place on the trip.

Those ranked 15 to 25 were then invited to battle it out in the snow globe at Royal Caribbean’s Weybridge office for the final spot.

Stuart Byron, interim sales director, Royal Caribbean International UK and Ireland, said: “I would like to congratulate all 15 winners on earning a place on this amazing trip to the Big Apple. Our Club Rewards members are integral to the business and it’s an absolute pleasure to be able to reward their hard work.”