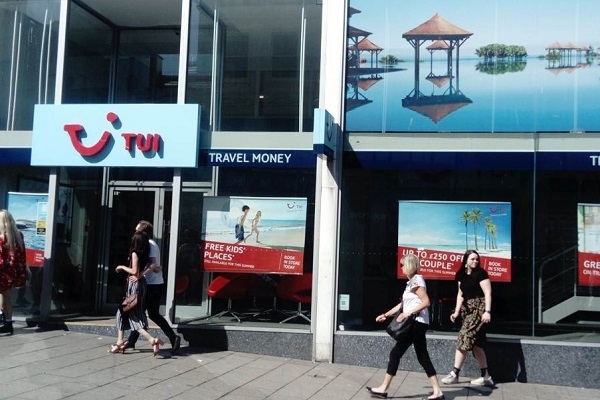 A Tui travel agency was raided by a “brazen” robber who stole cash from the agents.

Staff at the agency chain’s Brighton branch were victims of the robbery on Monday morning (October 22).

Police are appealing to Brighton shoppers after the 11:15am robbery in North Street as they search for the robber, who officers said demanded cash.

Tui chose to close the store until further notice following the incident.

No one was hurt in the robbery and police say the male suspect was not disguised. He was described as white, about 55, 5′ 8″ with short brown hair and slim.

Sussex Police’s detective inspector Catherine O’Connor said: “This brazen man walked into the travel agent on a very busy street in the centre of Brighton, did you see anything? Although he hadn’t covered his face, did you see a man leaving the area in a hurry at 11.20am?”

The police have asked anyone who saw anything suspicious to contact them online or via 101 quoting serial 349 of 22/10 or contact Crimestoppers anonymously via its website or on 0800 555 111.

A Tui spokeswoman said: “We are aware of an incident that occurred at our Brighton store and are assisting the Police with their investigation.

“The safety of our customers and colleagues is of paramount importance and can confirm that everyone in the store was safe. We have made the decision to temporarily close the store and will provide further updates in due course.