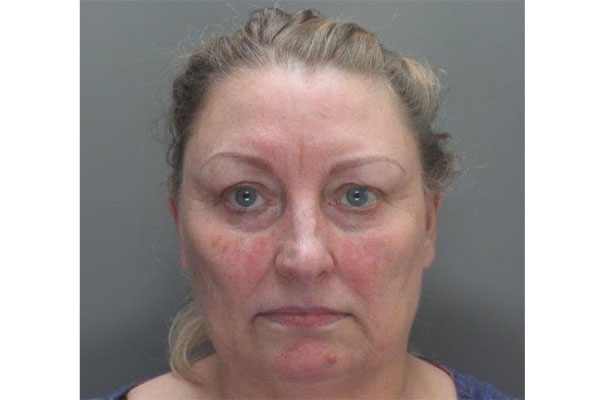 Former travel agent Rita Hunter has been sentenced to four years and eight months in prison after pleading guilty to fraud.

The fraud related to flights and accommodation booked for clients which were not supplied or paid for.

She was sent to prison in April this year for not repaying tens of thousands of pounds she defrauded from The Advantage Travel Partnership.

She had admitted using former customers’ credit and debit card details to pay for new bookings through the consortium while directing money to her own accounts.

Hunter, who ran Hunters Travel in Liverpool, was ordered to pay £33,000 to the consortium and handed an 18-month suspended sentence in 2016 but after only paying back £250 was sentenced to six months in prison.

Hunter, 63, is due to be released on licence after two years and four months minus one month served on remand.

A Proceeds of Crime Act hearing is due to take place on February 22.

Many of Hunter’s victims thought she was their friend, but found out hotels were not paid for when it was time to fly home, the Liverpool Echo reported.

One woman only discovered her flights had not been booked when she got to Gatwick ready to depart.

Another victim lost his business as he could not meet his tax bill after she conned him out of around £9,000.

And the father, from whom she took £173,799, suffered heart problems, which he blamed on the stress she caused.

The court heard Hunter befriended him and his wife in 2008 and provided them with good value trips.

Hunter offered him the chance to invest in her business just a couple of weeks after his wife’s funeral in March 2016.

The fraudster promised he would receive his money back, plus commission.

But when profits failed to materialise, she fobbed him off with tales of bankruptcy, frozen bank accounts and having to sell her home.

She even sent flowers to the grieving man on the anniversary of his wife’s death, to try and endear him towards her.

Yet he continued to make payments – even after reading of a court conviction in the local newspaper – as she tricked him with more lies.

Mr Hopkins said: “He believed that if he allowed the defendant to go under, he would have had no chance of getting his money back.”

However, he later discovered a document she gave him about her ‘frozen bank accounts’ was bogus and it was all a con.

He said he felt “betrayed” by someone he classed as a friend and her actions “tainted the memory of his late wife”.

Mr Hopkins said: “Her comments on his wife’s memorial website were particularly hurtful in the light of events as they unfolded.”

The “humiliated” victim felt he was targeted because he was vulnerable and in a poor state of mind.

He planned to use the money for his sons’ education but his eldest child has been forced to take out a student loan.

Hunter even tricked his new partner, a teacher, out of £776 by not paying for a holiday she had planned.

Judge Anil Murray asked what happened to the money, to which Brendan Carville, defending, said his client “doesn’t know”, adding: “It’s all gone.”

The judge said: “She can’t give any explanation as to what she spent a quarter of a million pounds on?”

“No, she cannot,” Mr Carville replied.

He said she was a travel agent for four decades and didn’t “put a foot wrong for nearly 59 years” before her “dramatic fall from grace”.

Judge Murray told Hunter she had previously been spared jail for similar offences but “flatly ignored the warning you were given by the court”.

He said: “These were really mean offences that have caused no end of suffering to people. A lot of them considered you as a friend.

“One victim, his wife had died, he had an insurance payout, you knew that and you used him. You told him a whole series of lies.

“He kept providing money because he had so much invested in you he didn’t want your business to flounder.

“You lied, lied and lied again to lots of people.”

Jailing her for four years and eight months, Judge Murray said she had been “living a lie”, adding: “You say it’s all gone and you can’t say where.”