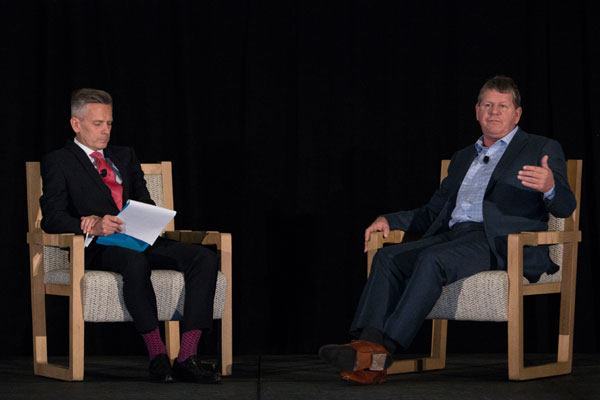 GDPR has been a “blessing in disguise” for members of the Global Travel Group as it gives them the chance to open a dialogue with distant customers, managing director Andy Stark believes.

General Data Protection Regulation (GDPR) was introduced in May, with many industry commentators bemoaning it as an inconvenience.

But despite Global undergoing a “massive piece of work” to help its members compliant, Stark believes the new laws are beneficial – and can actually lead to more bookings.

“To interpret that legislation was a minefield,” said Stark. “It was a massive piece of work, which is ongoing, to cut through the jargon and tell our members what they need to know so they are abiding by the rules.”

“That was to break the terminology down to what it actually means for agents in real life, rather than having them have to sift through the legal spiel. We gave them real life examples to it made sense, like if I’ve got a customer’s passport details what can I keep and where can I keep it?”

Stark said: “Actually, what we found was that it was a great opportunity for agents to start a conversation with customers who they haven’t spoken to before. It’s not a cold call, quite the opposite in fact because you’re telling them you’re looking after their data. That fills them with trust.

“It reignites that relationship, especially with customers that members hadn’t talked to or followed up with for a while and some of those conversations led to bookings. On top of that, it was a good reason for our members to revisit some of their terms and conditions.”