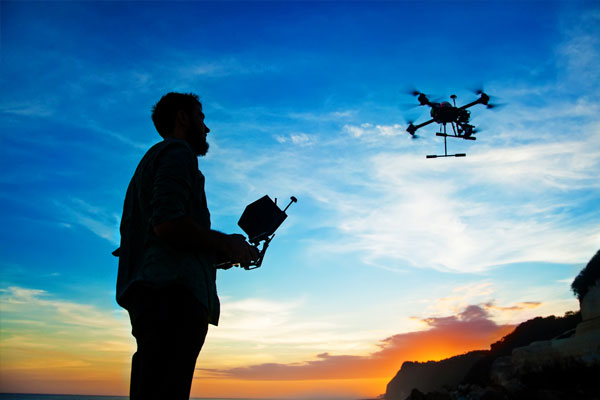 A government clampdown on drones flying around airports has been welcomed by airline pilots as a win for flight safety.

Transport secretary announced last night that drone restrictions zones around airports are to be increased and police will have extra powers to deal with the drone threat.

The action follows pre-Christmas chaos at Gatwick after drones forced the runway to shut affecting more than 140,000 passengers over 36 hours.

The new legislation will give police the additional power to land drones and require users to produce the proper documentation.

Police will also have the power to search premises and seize drones – including electronic data stored within the device – where a serious offence has been committed and a warrant is secured.

The Home Office will test and evaluate the safe use of a range of counter-drone technology in the UK. This will detect drones from flying around sensitive sites, including airports and prisons, and develop a range of options to respond to drones.

This will help to prevent a repeat of incidents such as the disruption at Gatwick, the department for Transport said.

“Important safety proposals being taken forward include better protection for our airports by significantly extending the area around airports and runways in which drones are banned from being flown,” the DfT added.

“This builds on the government’s changes to the law last year which made it illegal to fly a drone above 400 feet or within 1 kilometre of an airport.”

Aviation minister Liz Sugg said: “Drones have the potential to bring significant benefits and opportunities, but with the speed of technological advancement comes risk, and safety and security must be our top priorities.

“That’s why we are giving the police powers to deal with those using drones irresponsibly. Along with additional safety measures these will help ensure the potential of this technology is harnessed in a responsible and safe way.”

The British Airline Pilots’ Association has been calling for the current 1km zone to be increased to 5km for some time.

Although the drone at Gatwick was also in breach of the current 1km law, the pilots’ association thinks this is too lax.

“We were encouraged last year when the government announced that it was introducing new laws, including the restriction zone and mandatory registration, but we were disappointed they didn’t go far enough, and could put drones in direct conflict with commercial aircraft. The ggovernment’s announcement today is a win for flight safety.

“Balpa is not anti-drone, but they absolutely need to be integrated into the airspace in a safe and sensible manner.

“Today’s announcement that the Home Office will trial new counter-drone measures is also key to ensuring the kind of threat we saw at Gatwick can be safely tackled.

“Balpa co-sponsored drone impact testing with the DfT and we would be happy to be involved with testing new technology to ensure drones are flown safely and responsibly.

“We also welcome extra police powers to deal with irresponsible and dangerous drone use, including the power to force drone users to land their aircraft and show their documentation.

“However, we would have liked to have seen plans for drone registration, due to come into force in November, accelerated.”

More: Anti-drone systems to be installed at Gatwick and Heathrow