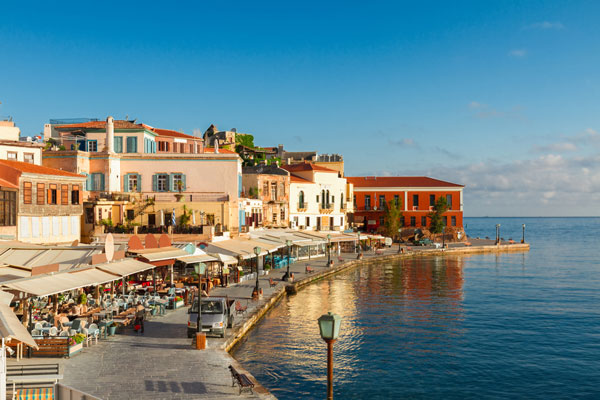 Crete has been named as Europe’s most family-friendly beach destination.

A survey of 1,000 British families found that overall value for money was the number one consideration when choosing a family holiday destination for more than half (54%) of parents.

When it comes to the lowest cost holiday destinations, breaks to the lesser known Canary Island of La Palma offers the best summer holiday value, followed by the Costa Calida and the Costa Brava on the Spanish mainland.

The Greek island of Kefalonia is named the fourth best value holiday destination for families, followed by the Algarve.

The OTA used five criteria, each listed by parents as important considerations when choosing a family holiday spot.

The five criteria, combined and weighted to calculate an overall score out of 100, were:

Crete, which attracts more than four million visitors a year, took top spot with an index score of 85.2.

The island boasts the highest number of family-friendly water and theme parks (ten) out of all destinations in the study, and has average temperatures of 24O during the summer.

The Costa Blanca region is second with an index score of 84.3, due to its short flight duration from the UK, warm sea and air temperatures, and large number of water and theme parks (seven).

Cyprus came third with an index score of 83.2. Despite having a longer flight time, the eastern Mediterranean island scored highly for its warm sea temperatures, numerous water and amusement parks, and the low average cost of a family holiday.

Costa Brava is fourth followed by the Costa Dorada region in fifth, also scoring high points for its how average holiday price and short flight duration.

A total of 16 Spanish beach destinations feature in the top 50.

“We know that researching a perfect family holiday can take time, so we’ve used the holiday criteria that parents told us matter most to them, and crunched the numbers to create this comprehensive list.”

“Topping our family beach index, Crete is a fantastic choice with warm waters, balmy temperatures and lots of fun-filled water parks and theme parks to keep the family entertained.

“If reaching your resort in record time tops your list of priorities, then Spain provides a range of fabulous beach holiday options less than two and a half hours from the UK.

“If higher temperatures and beautiful warm waters are what you’re looking for, then Turkey could be the perfect option for you.”