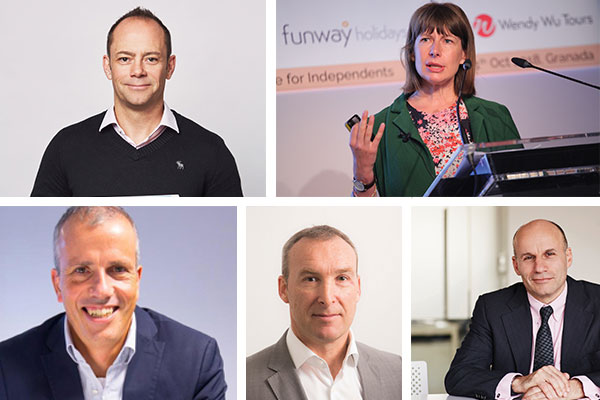 A delegation of leading travel industry figures will attend a meeting at the Foreign Office on Friday to lobby the government over continuing Brexit concerns for the sector.

Representatives from Thomas Cook, Jet2holidays and Sunvil are also understood to be attending.

The crunch talks come with less than 50 days to go until Britain’s scheduled date of departure from the EU on March 29.

Topics on the agenda, seen by Travel Weekly, include:

• The FCO’s no deal preparations – focusing on UK nationals living in/travelling to the EU, and the impact outside the UK.

• The top risks for the industry and customers, as raised by Abta and its members.

• An update on public information campaigns the FCO is co-ordinating, specifically campaigns around UK travellers to the EU and UK nationals living in the EU.

Calvert explained the meeting was a follow-up to one in January which had yielded few assurances.

“They had the best intentions but they couldn’t give us any assurances,” he said. “So we want a bit more meat on the bones now to understand what, physically, is going to happen on March 29.

“We are going to understand, lobby and get some insight into where the Government is on certain aspects of Brexit, and plans for a hard or soft Brexit, or a ‘no deal’ scenario.”

Calvert, whose business includes coach holiday operator Shearings Holidays, added: “For example, coaches going overseas and coming back from overseas have to have what’s called an Interbus Agreement. The government has said it’s their intention to have one in place, but I want to know what happens if, come 11pm on March 29, there isn’t one in place on time. What happens then?

“Without an agreement, I would have to run coaches as far as Dover and have different coaches collect all our customers the other side of the Channel.”

Calvert said he had heard the Interbus Agreement may be delayed by as much as a week to 10 days after Britain exits the EU.

“What do we tell our people and our customers?” he asked.

“My objective of going on Friday is to voice my concern over what the government is doing so that travel companies – whether they are operating coach or air travel – can be sure there will be uninterrupted travel to the EU after 11pm on March 29.”

“Paul [Carter] has a load of Brits working in European resorts, and I have a lot of European staff working in our hotels in the UK. We also need some clarity over whether the modus operandi will continue as before without any interruption.”

Carter added: “We are going to the meeting with the Foreign Office on Friday to continue to lobby government on the impact of Brexit on outbound tourism.”