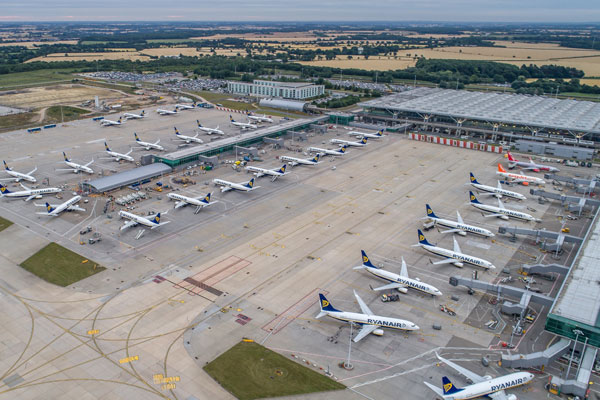 Stansted’s boss has urged support for the airport’s plea to government for improved rail connections.

The on-going aviation strategy consultation process should be seen as an opportunity to communicate the need for better rail connections into the expanding Essex airport.

CEO Ken O’Toole said better connectivity in and out of the airport will further boost the local economy, make new journeys viable for local residents, ease access for the 12,000 on-site workforce and help attract a greater number of airlines and new destinations.

He called on local businesses, community leaders and regional organisations to make their voices heard and press for upgrades to the rail links to the airport.

Speaking to more than 150 delegates at the annual Stansted Area Transport Forum, O’Toole said: “How easy it is for people to access Stansted, be they passengers, our workforce or business partners, will be one of the primary drivers behind our future growth – growth that will in turn ensure that the UK, and particularly the east of England, remains connected to international economies and all the opportunities they have to offer.

“Airport development and surface access into airports should not be considered independently from each other; they should be considered together as part of an integrated transport strategy.

“Where surface access to airports is suitably well developed, economic activity that would otherwise not occur is generated; through tourism, international trade, productivity improvements and attracting of foreign investment.”

He added: “What a lot of people don’t realise is that often it only has to be incremental improvements to airport access that can make a significant difference – the Airport Operators Association estimates that a 5% improvement in average journey times to and from UK airports could deliver a 2.7% increase in passenger numbers, generating an additional £1.9 billion for the UK economy and supporting an additional 32,000 jobs.

“As an airport, our mission is two-fold: to meet the needs of those using the airport but also to ensure that the local community can travel, to trade, to find employment, to develop their careers and allow the region to continue to prosper.

“Whilst there is much to cheer in terms of surface access into Stansted, a perennial area of focus for us since we acquired the airport in 2013, has been decreasing journey times between London and the airport – a move which will have significant benefits for passengers, our workforce and commuters.

“Our view that journey times need to come down has been endorsed by both the Airports Commission and West Anglia Task Force but unfortunately these requests have fallen on deaf ears within central government and Network Rail, despite the number of passengers and commuters using the Stansted Express growing by 143% since 2013.

“Of course, journey time improvements require infrastructure investment. Whilst we are prepared to proportionately contribute to the costs involved in seeing journey times lowered, any significant improvement will require considerable investment.

“Therefore, my ask to everyone here today is clear. Please take it upon yourselves to communicate directly to government, through its current aviation strategy consultation process, about the need for better rail connections into Stansted airport and how these will benefit you, your family, your business or organisation and the wider region. Hopefully, together we can collectively deliver the transport improvements that this region and the country deserves.”