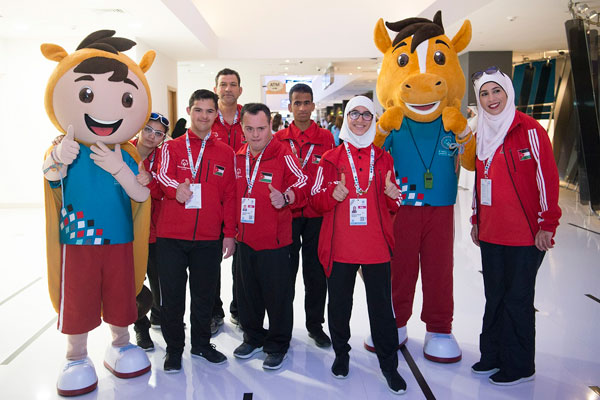 Travel agents are being urged to back a Travelport initiative designed to help travellers with intellectual disabilities.

The global campaign aims to improve awareness and use of the DPNA Special Service Request (SSR) code, which can be used by agents to alert airlines when a passenger has intellectual or developmental disability and needs assistance.

The campaign was initiated after Travelport found evidence of exceptionally low use of the code on bookings made through its global distribution system.

The code was used just 4,309 times despite Travelport registering more than 250 million flight bookings through its GDS globally in 2018. An estimated 200 million people worldwide have an intellectual disability.

A poll of 136 of travel agents by the company revealed just 24% know the code exists.

SSR codes are used to communicate traveller preferences or needs, such as requests for wheelchair assistance, to airlines. They are delivered through standardised four-letter codes defined by Iata. The DPNA code needs to be accompanied by additional descriptive free text, so the airline understands the support required. Once an Iata member airline has received the code, a response acknowledging the request is mandatory.

The six-month campaign will reach more than 100,000 agents in over 30 countries.

It features electronic direct mails as well as ‘sign on alerts’ and graphical ‘prompts’ delivered through the Travelport Smartpoint tool. The ‘prompts’ are activated when a consultant is at the booking stage of a flight to more than 30 of the most popular destinations in the world such as London, New York, Sydney and Delhi.

The ‘prompts’ are also being shown when any flight is about to be booked to or from the United Arab Emirates, the country hosting the Special Olympics World Summer Games 2019.

Travelport has also created a campaign webpage travelport.com/travelunified which provides guidance for agents on talking to travellers about intellectual disabilities and associated assistance.

Digital media used to reach travel agents during the campaign is typically sold by Travelport to travel providers, like airlines and hotels, as advertising space. The company has allocated over $100,000 worth of slots for the DPNA SSR code awareness campaign, which runs until August 31.

Content from the campaign will be displayed to agents more than 3.5 million times, making it one of the biggest digital media campaigns the company has ever executed.

President and CEO Gordon Wilson said: “Travel can be a particularly challenging time for people who require special assistance, so once we discovered such low use of the DPNA SSR code, we decided to take action.

“Our point of sale, Travelport Smartpoint, with all of its graphical and prompted capabilities, offers the perfect channel to reach and remind travel agents across the world of the existence of this facility, enabling them to work in better partnership with our airline customers in the service of these travellers.

“We hope this campaign will not only make a difference in the travel industry but act as a catalyst for other organisations to investigate how their industry or the industry they serve can better support people with intellectual disabilities and make improvements where needed.”

“We are delighted that Travelport has launched this awareness campaign and encourage all our member airlines and travel agents to properly use this and all the other IATA disability codes to ensure that the appropriate support to our valued passengers is provided.”

Emma Hawkins, director of education at UK autism support charity Jigsaw Trust, said: “Not all intellectually disabled people need to get on a flight first with noisy or crying children, and not all need to get on last.

“In my stepson’s case, once he’s with an established group, he wants the group to stay together.

“We are a big family and can often arrive at the airport in a group of six or eight. If that’s the case, he wants us all to stay together.

“So, when the airline says my stepson plus one can get on the plane, can go through security and passport control without queuing, that is no good to us.

“There is no ‘one-size-fits-all’ solution that airports and airlines can apply that is going to improve the travel experience for people like my stepson.

“This is why the ability to enter specific details of both the passenger’s intellectual disability and the assistance needed when booking a flight goes a long way to setting expectations upfront.”