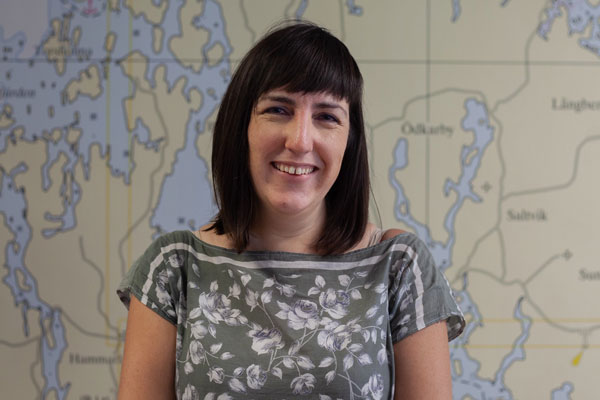 It comes as no surprise to most of us that over 60 percent of the world’s tourism workers are women. You just need to look around your workplace – whether that’s a shop, office or Boeing 737 – to see that the staff are overwhelmingly female.

We also know where that demographic skew stops. Although there have been improvements in recent years, tourism falls woefully short in representing female leaders and entrepreneurs.

Ever since Gender Pay Gap Report legislation came into force in 2017, the focus has largely been on diversifying executive roles in the UK. But tourism is a global industry that lacks women at most leadership levels – especially tour leading.

Over half the people reading this are probably female, so we know that we’re preaching to the choir when we say that it’s not a lack of determination or ability that stops women entering these roles.

Strictly patriarchal societies, cultural expectations and low female education rates all create a lack of opportunities for women around the world.

India has a national female literacy rate of 65 percent. Elsewhere, many women in Middle Eastern countries remain financially dependent on their father or husband, making it almost impossible to start a business without support from a male guardian.

But with tourism such a huge global employer – one tenth of the world’s workers are in tourism – the travel industry has real potential to influence gender inequality in the workplace and provide inspiring examples of equal employment.

At Responsible Travel, we believe that companies like ours have the power – and the responsibility – to champion pioneering female guides and entrepreneurs.

We showcase holidays by Intrepid Travel, who hired some of the first female guides in Morocco, and Village Ways, a tour company investing in female-led cooperatives and guides in the Himalayas.

Jess Brooks from our Mongolia holiday supplier, Eternal Landscapes, only hires female guides. She says: “If these women were in the UK, they might get fast tracked into a company. But there are much fewer opportunities in Mongolia, and that’s where the struggles lie. It’s so joyous is to see how my girls have developed over the years, and to see how new girls have arrived. It provides really exciting opportunities.”

Once hired, female guides can give back to their community by earning more money, rising out of poverty and spending more, helping to improve the economy. They’ll also have better access to education and healthcare, improving their own circumstances and those of their family.

As well as empowering women, investing in these holidays improves the experience of the holidaymakers. Travellers of all genders will glimpse the often unexplored world of women, for a rounded and truthful picture of a destination.

Women only holidays – particularly those touring Middle Eastern countries – are an especially powerful way of giving unheard women a voice.

Women only groups can visit an Iranian beauty parlour where women push back their headscarves and debate everything from their university plans to the news headlines without modifying their behaviour. They can walk around female-only parks where women are free to jog and sunbathe.

In an ideal world these women would be able to welcome mixed gender groups, but right now it’s simply not culturally acceptable – or responsible – to impose men into spaces traditionally reserved for women.

These immersive cultural holidays remind us of the reason why many of us work in travel. We’re curious people who want to explore, learn and widen our horizons.

We’re also lucky to work in an industry that doesn’t require women to have an armful of degrees to be qualified. Although training undoubtedly hones skills, the making of a local travel business could be an idea scribbled on a scrap of paper or inspired by lifelong knowledge of a hometown. If someone knows the best place for fish tacos in town or can reveal the legendary tea stall secreted away on a backstreet, then they’ve got the makings of a tour guide.

Here at Responsible Travel, we challenge the travel industry to support women entrepreneurs and encourage women into a career in guiding, enjoying the opportunities often already available to their male counterparts. It’s time for change.