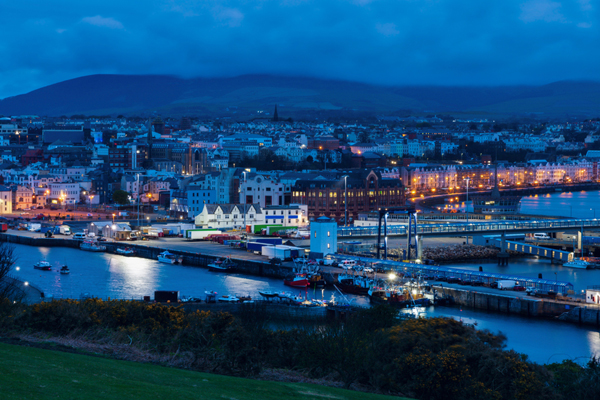 The Isle of Man is to be connected with Heathrow for the first time in almost 20 years.

Flybe is to start operating the route from the London hub with daily flights from April 21.

The carrier, recently rescued by a consortium including Virgin Atlantic and Stobart Air, is to use a 78-seat Bombardier Q400 aircraft on the route with one-way fares starting at £36.99.

The Isle of Man is the latest domestic connection to be added to the regional carrier’s network from Heathrow following Newquay and Guernsey.

The last time the island had a direct air link with Heathrow was in March 2002. It has a service to London City airport operated by Loganair on behalf of British Airways.

Flybe chief commercial officer Roy Kinnear said: “We are naturally delighted to provide the Isle of Man with renewed connectivity to the capital and onwards to the multiple long-haul destinations available via Heathrow as we start our operations again from the Isle of Man.”

Isle of Man director of ports, Ann Reynolds, added: “This great news is a welcome addition and is a route that our diverse business economy has been seeking.”

Flybe’s 2019 summer schedule features five routes to and from the Isle of Man, including Birmingham, Liverpool and Manchester, as well as flights to Geneva carried over from the winter programme that operate until April 13.