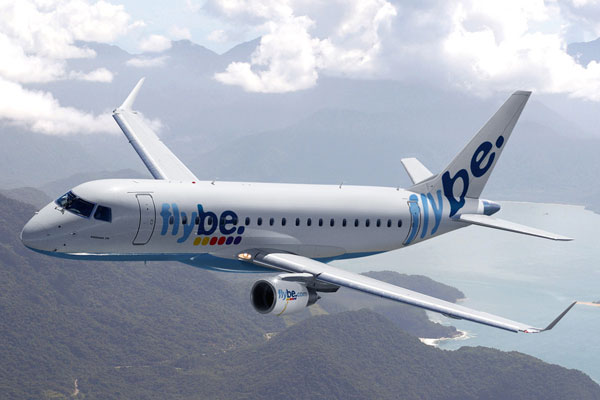 Flybe insists it will maintain a presence at four airports where jet services are being withdrawn in an effort to save costs.

The airline also issued an apology for the disruption caused to passengers on Wednesday due to the sudden cancellation of 5% of flights across its UK network as a result of a pilot shortage. More than 30 flights were affected.

Flybe confirmed that jet flights from Cardiff, Doncaster, Exeter and Norwich would be withdrawn, but will continue with cheaper turbo-prop services.

It described the flight cancellations as being unrelated to this decision.

“Flybe would like to stress that the current flight cancellations being experienced are not linked to this decision and are the result of a combination of other factors,” the carrier said.

“We have now put in place a number of contingency plans to minimise future disruptions and to manage any repeat of the level of cancellations.”

No cancellations are expected today.

Flybe added: “The future situation remains under review and we will be doing everything possible to avoid any further undue inconvenience to passengers.

“Customers are advised to monitor flybe.com and our social sites for up to date information.

“Due to the high volume of calls being made to our customer call centre, we would ask customers for their patience and to do any necessary re-bookings online if at all possible.”

Which? Travel editor Rory Boland said: “Thousands of people will understandably be frustrated to have their travel plans thrown into chaos by these last-minute cancellations – and the lack of clear information provided by Flybe was completely unacceptable.

“All passengers affected by these cancellations are entitled to a full refund or to be rerouted on to another flight to their intended destination – and to over £200 compensation under European air travel rules.”

The base review comes as part of a previously stated strategy to reduce its aircraft fleet and return all six of its 118-seat Embraer 195 regional jets to their lessors this financial year.

The 78-seat Bombardier Q400 turboprop will continue as the “backbone” of the network.

Cardiff and Doncaster Sheffield will see bases that support jet services shut from the start of the 2019-20 winter timetable. Flights to and from both airports will be operated by Q400s and crew flying from other bases.

Jet operations from Exeter and Norwich will also cease from October 26.

“This will not impact the Q400 operated schedule out of Exeter, nor the existing base structure,” the airline said.

The impact on jobs was not detailed by pilots’ union Balpa said it will be working closely with the airline “to ensure pilots’ jobs are protected and that this difficult process is handled as professionally as possible”.

Flybe CEO Christine Ourmières-Widener said: “Our fleet reduction has always been core to improving our profitability.

“We are committed to assisting all our affected employees across the impacted Flybe bases.

“We remain fully committed to Exeter, Cardiff and Doncaster airports and will continue to offer a comprehensive choice of regional and European destinations operated by our 78-seat Bombardier Q400 aircraft.”

“Flybe have recently changed ownership with future plans to restructure including a move away from jet flying to stabilise the business across their network.

“We are working closely with Flybe and expect them to continue operating at DSA beyond the current summer and winter 19/20 schedule which will be on sale shortly.”

Shareholders in Exeter-based Flybe last month agreed its sale to Connect Airways, a consortium including Virgin Atlantic and Stobart Group.