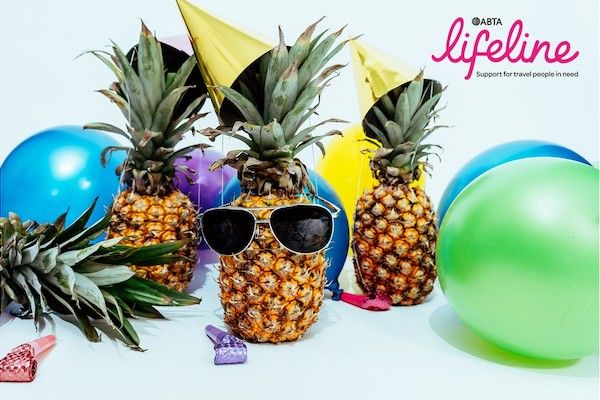 Abta LifeLine hopes its annual Big Charity Day on May 3 raises awareness of the organisation, as well as thousands of pounds.

“We’re seen as the travel industry’s best-kept secret – but we don’t want to be kept as a secret,” said Trudie Clements, Abta LifeLine director.

“When I do presentations, people sometimes say they didn’t know about us, but wished they had when they were struggling.”

Abta’s charity is asking agents and operators to ‘Go Troppo for LifeLine’ on May 3, encouraging staff to wear a tropical shirt at work and donate £1.

Supporters can also take part in activities, such as a bake-off, hula-hooping or making cocktails or mocktails.

Avis Budget Group is sponsoring a competition to recognise the best retail shop, offering a £150 voucher for a staff night out to the winners.

Clements said members across the country have been in touch about their activities, including Tui, Thomas Cook, Kuoni and Sunvil.

Holidaysplease will donate £5 for every team member who wears something tropical on the day.

“There are two main aims – we want to reach people in the agency community who need our help, and we want to raise vital funds,” said Clements.

“If everybody who is employed by an Abta member donates just £1 – less than the cost of a cup of coffee – we would raise thousands, perhaps more than £70,000.

So far this year, the charity has had more applications for help than at the same time last year.

It has given more than £2,000 in Tesco vouchers during the first three months of 2019 to help buy food and other essentials.

Travel Weekly is supporting the initiative and will feature images of those taking part online and on social media. Supporters can share pictures using @ABTAlifeline and #BigCharityDay.

• Former agent Tricy cares for her son Zach who has several conditions, including a benign brain tumour and hydrocephalus. Abta LifeLine provided a sensory room, special equipment and a respite holiday in Norfolk.

• Tina worked for Bakers Dolphin Travel and Hays Travel until she had surgery for a brain tumour. Abta LifeLine raised more than £4,000 needed for a safe garden at Travel Weekly’s Agent Achievement Awards in 2016. The £3,000 extra went to others in need.

• Anita (not her real name) was in a women’s refuge after escaping domestic violence with her two daughters. After seven months they moved into their own home and Abta LifeLine provided beds, blinds, flooring and white goods.

• Barbara (not her real name) worked for Thomas Cook for 17 years. When her husband died, he had left many debts. At the age of 68, she lived in her car for four months but eventually found a local authority house. Abta LifeLine bought essentials and flooring for the property to ensure Barbara could move in.

For details of the Big Charity Day and other fundraising events, visit abtalifeline.org.uk