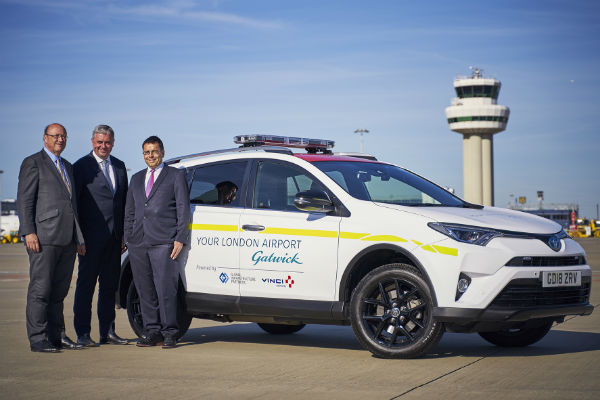 French global airports operator Vinci today completed the purchase of a majority 50.01% stake in Gatwick for a reported £2.9 billion.

Global Infrastructure Partners will continue to manage the remaining 49.99% interest in the UK’s second busiest airport.

The deal, first announced in December, sees Gatwick become part of a global network of 46 airports in 12 countries, including the US, France, Portugal, Sweden and Japan.

Gatwick said ambitious plans for the future remain, with a further £1.1 billion capital investment programme set to deliver a more passenger improvements by 2023.

Gatwick has grown passenger numbers from 32 million to more than 46 million in ten years using its single runway with more than £2 billion spent in the decade.

The airport recently consulted on a draft master plan for the next 15 years, looking at how Gatwick could make best use of its existing infrastructure including its existing standby runway.

The final plan is due to be published later this year.

Vinci Airports will bring its expertise to Gatwick including “a strong focus on quality of service and programme management”.

The company’s president Nicolas Notebaert said: “Applying our joint skills will add significant value to both Vinci Airports and London Gatwick airport and benefit all our stakeholders, notably airlines and passengers.

“Combining our expertise will further improve our operational excellence and sustain our shared vision of putting passengers’ satisfaction at the heart of everything we do.”

Gatwick CEO Stewart Wingate added:“Today is the start of a new chapter for Gatwick, with new owners and further investment enabling the airport to continue on its successful journey.

“The management team and I will remain focused on delivering exceptional service to our passengers and to developing longer-term plans to grow our airport.”

The California Public Employees’ Retirement System, as part of the 49.99% interest managed by GIP, will retain a 9.99% stake in Gatwick.

But the Communities Against Gatwick Noise and Emissions (CAGNE) attacked the deal with Vinci as benefiting shareholders “but not those on the ground”.

“It is extremely disappointing that Gatwick’s release today mentions nothing of reducing noise for the communities of Sussex, Surrey and Kent.

“Communities will have to be ready to strongly oppose the Gatwick master plan, as mentioned in the Gatwick press release, as the standby runway is a second runway by stealth.”