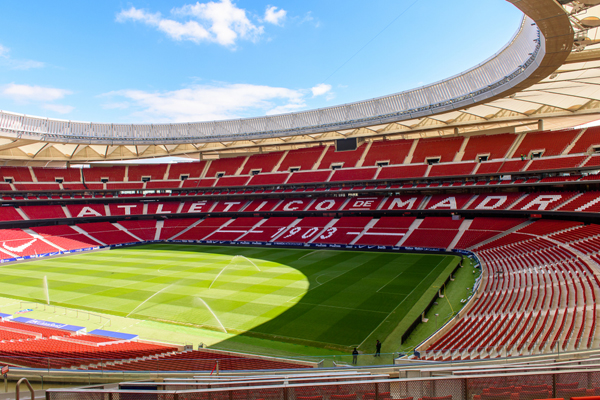 A record-breaking 9,000 flights are expected to take off for Madrid ahead of the Champions League Final between Liverpool and Tottenham on Saturday.

With flight prices sold at a premium some fans have travelled via different countries to get to the Spanish capital.

Air traffic controller Nats has predicted an additional 800 flights will take off over the weekend but that number could  increase as some private jets may not have registered their flight plans.

More than half of the extra charter flights will be to and from Liverpool airport.

A Nats spokeswoman told the BBC it would be a huge undertaking to look after the extra flights at such a busy time of year.

She said: “There is no doubt this is going to be a challenging weekend, with limited capacity on the ground at some airports and in the air making delays possible.”

Thomas Cook apologised to Tottenham fans after hundreds of customers with Champions League Final tickets were left in the dark about when they would fly.

Supporters had arranged charter flights through the club’s official supporter travel supplier and were told they would receive their flight on Wednesday evening.

Cook said it had been awaiting the flight times from Madrid airport but all fans have now received their itineraries.

The FCO has issued fresh travel advice for fans on its website, including where fan zones are located and how to get to the stadium.

It said the British Consulate Madrid will be running an “exceptional out-of-hours service” on Saturday and Sunday for anyone who loses their passport.