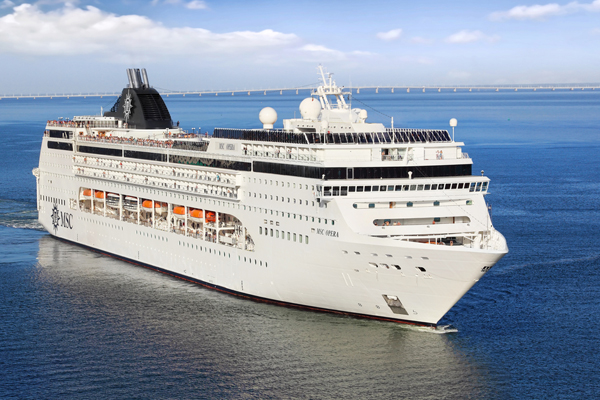 Three cruise ship collisions in the past week “could be a disaster” for the sector if concerns around safety and overtourism are not tackled head on.

Travel PR and marketing expert Steve Dunne, who is an avid cruiser, warned the “shiny veneer” of cruising was peeling off as the industry came under intense scrutiny after an MSC Cruises ship crashed into Uniworld’s River Countess and the San Basilio terminal in Venice.

Dramatic video footage – widely viewed online – showed people on the dock scrambling for cover as 2,150-berth MSC Opera rammed into the quay and River Countess after losing control due to a mechanical fault.

It was the third cruise incident in a week. Twenty-eight people were killed when river ship Viking Sigyn hit a pleasure boat on the Danube, while Cruise & Maritime Voyages’ Columbus struck a “foreign object” as it left Amsterdam.

Dunne said: “For 15-20 years, the sector has been a poster boy for the travel industry, with ship launches for bigger and sexier vessels.

“But it could start to unravel. The sector has to realign itself from big, beautiful ships and talk more about its safety and sustainability record.

“I sense they want to sweep these things under the carpet.

“A bit of that shiny veneer is coming off and it could be a disaster because it won’t attract the non-cruisers they need to fill ships.”

The Venice crash, in which four people suffered minor injuries, reignited a long-running debate around overtourism and large liners entering Venice, with some calling for an outright ban.

Clia welcomed the mayor of Venice’s call for cruise ships to find an alternative passage to port, and is urging work to begin on dredging the Vittorio Emanuele Canal.

However, UK & Ireland boss Andy Harmer pointed out: “Cruise guests account for only 5% of the visitors to Venice. Clia works with cruise lines and authorities to find solutions so when we visit [popular places], we do so sustainably.”

He also defended the cruise sector’s safety record, saying that while capacity grew by 48% between 2009-17, operational incidents declined by 38%. Harmer added: “People understand these incidents are rare. Safety is our number-one concern.”

Commenting on criticism aimed at the industry over sustainability, he said: “Billions have been spent on cleaner technologies like LNG (fuel), LED power and recycling.”

But he conceded the sector still had a “way to go”.

This week, Clia will be issuing new agent resources on sustainability, including reports, messages and stories from people in the industry.

MSC Cruises said an investigation into what caused the Venice crash was taking “longer than expected”.

Uniworld has cancelled the next six sailings of River Countess.