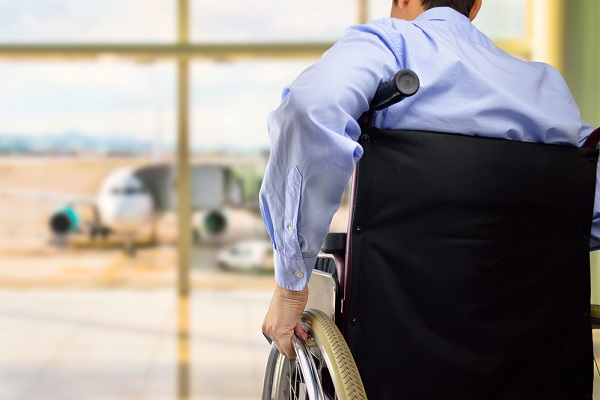 Airports and airlines still have work to do to continue improving services for people with all disabilities – not just those that are not immediately obvious.

The message came from Civil Aviation Authority consumers and markets director Paul Smith as the regulator pushes for a better experience for vulnerable people when flying.

He told the British-Irish Airports Expo in London: “We believe that our revised airport performance framework and our soon to be launched airline framework will help to continue to deliver these improvements by recognising and rewarding those businesses that make accessibility a top priority and by calling out those that do not.”

More than 3.5 million requests for assistance were made at UK airports last year.

And the level continues to rise at a rate of more than double that of general passenger growth.

CAA research suggests that just more than half of those who received assistance for the first time asked for it due to developing a health or other condition that makes travelling more difficult.

Around a quarter said old age was the reason for requesting assistance.

The majority of disabled people expect to fly about the same amount in the next 12 months, with 23% saying they expect to fly more.

As many as 80% of assistance users are satisfied overall on how their needs will be dealt with during their next flight, according to a study by the aviation regulator.

But Smith said: “Our research suggests that nearly a quarter of disabled and less mobile passengers said they requested assistance because the airport environment was becoming more difficult to navigate.

“Our research also suggests that about one in 15 passengers who requested assistance were not confident that they would receive all the assistance that they needed and the same proportion questioned whether they would be treated with dignity and respect.

“Further, one in ten disabled passengers say they were not satisfied with the assistance provided and of those who describe themselves as having a disability or health condition that limits their day-to-day activities over half say that they find travelling by air difficult.”

The CAA publishes its fourth annual review of the accessibility of UK airports next month.

“We have seen some progress this year at these airports, with the management of all those airports focussing on to improving their performance.

“Three years ago we rated Edinburgh as poor and last year we were able to rate it as very good.

“And two years ago we rated Heathrow as poor and we are able report that following a £23 million pound investment programme in new equipment, new technology and additional resources, Heathrow has also greatly improved.”

July’s report will be the last based on existing criteria used for assessment purposes.

A revised version of CAA guidance was published in April which will be fully in place from 2020.

“We have put in place stricter targets for airports on reducing waiting times for disabled and less mobile passengers, particularly when arriving into an airport from an inbound flight.” Smith said.

“We have put in place guidelines which reduce the numbers of handovers between staff and equipment so passengers enjoy a more seamless experience through the airport; and we have set stricter passenger satisfaction targets.

“Our new guidance also requires airports to set up formal consultative forums where the disability community can provide regular advice to airport operators and to their contracted service providers.

“I make no apology, and in fact I am very proud, that we continue to push for higher standards. I believe that society expects that people with a disability or who are less mobile are treated with dignity and respect.”